From Festipedia, hosted by the FR Heritage Group
(Redirected from 1836 Inclines)
Jump to navigation Jump to search

The original concept of the FR line was that it should be on a continuous gradient so that loaded slate trains would descend from Blaenau Ffestiniog by gravity. When the line was being built money was short and it was decided, following Henry Archer's line against the advice of James Spooner, that money could be saved by not building the Moelwyn tunnel but to go over the top with a pair of inclines. The details of these inclines are not now entirely clear but it is known that the loaded wagons were hauled up the northern incline by power from a water wheel, the water being held back by Archer's Dam. The southern incline used the weight of the descending loaded wagons to haul up the empties.

The inclines were not a success and had to be rebuilt even before the line opened and the cost of this could hardly have been much less than boring the tunnel. They could never have carried the traffic offered to the FR even a few years later and by 1842 the FR completed the replacement tunnel.

The inclines are still clearly seen today and a public footpath runs over them. 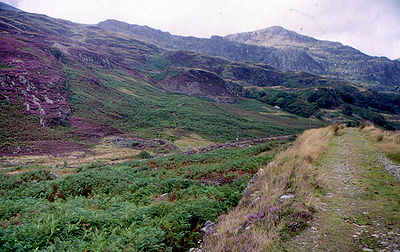 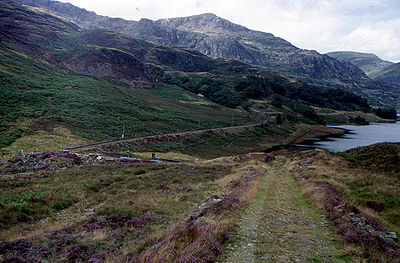 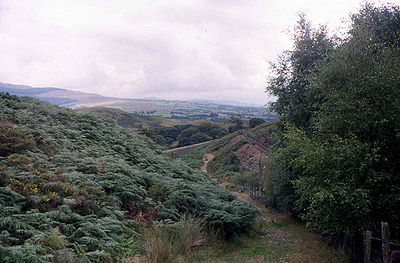 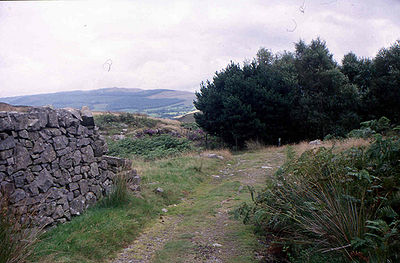 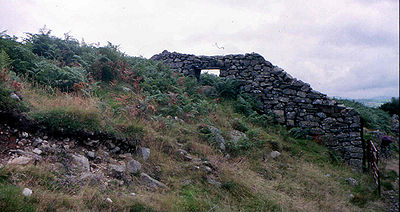 Boundry wall between two land owners at top of incline; line went through gate on right 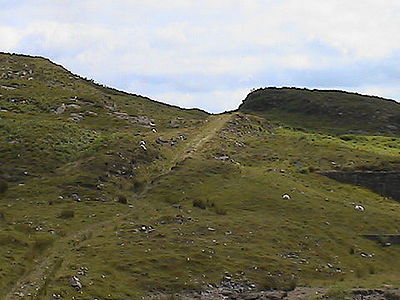 The incline looking back from the weir