Building Back to Blaenau

This article first appeared on the company website back in 2002, and reappears here with permission from the company, and Chris Jones, the photographer.

As the 20th Anniversary of the Ffestiniog Railway reopening to Blaenau Ffestiniog approaches, here is the first in a series of 'photo specials' showing the construction of the spiral at Dduallt, the new line and tunnel between Dduallt and Tanygrisiau, and the work to restore line from Tanygrisiau to Blaenau Ffestiniog. These photographs were all taken by Chris Jones. 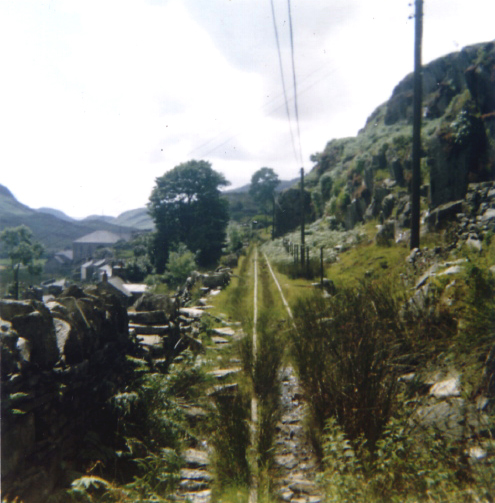 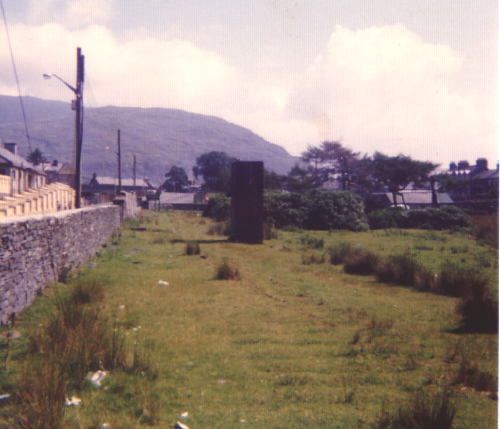 Looking towards Blaenau, in 1975, before the A487 road bridge was completed. The BR station on the left is still in use, and an old water tower support is towards the centre of the picture. 1975 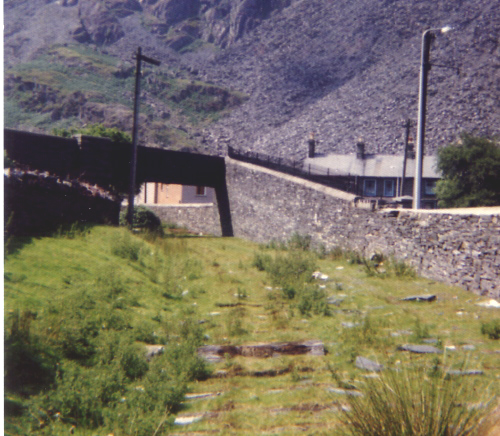 Some old sleepers remain in the foreground in this shot (looking towards Glan y Pwll), as does an old signal post just before the bridge.,1975 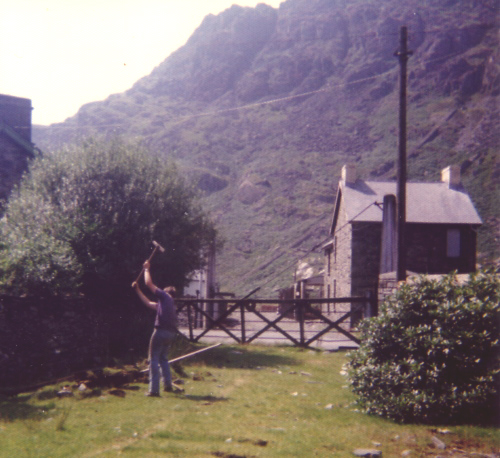 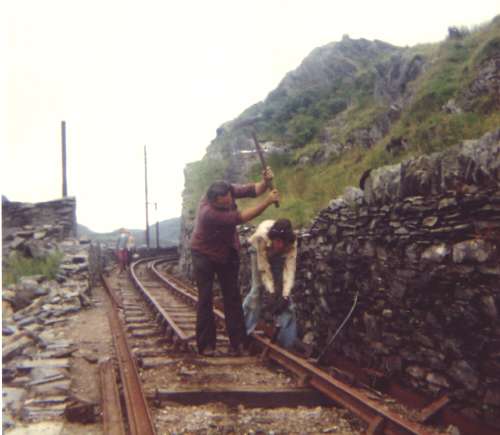 Back then, track workers attack the job in hand wearing more casual attire than would be permitted these days, 1975. PW Supervisor Ron Lester wielding the sledge hammer. The old track has been deturfed and is now being dismantled. A rusted up fishplate bolt is being cut with a chisel and set. New rails have been delivered ready for relaying. 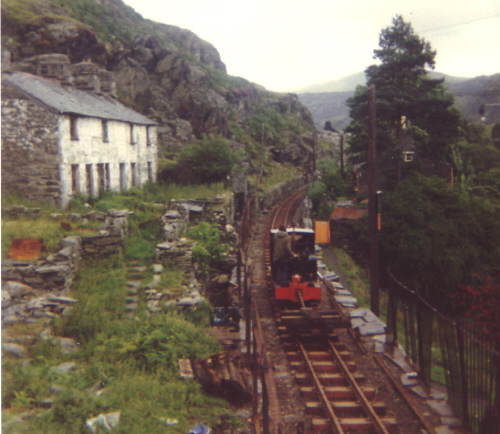 Looking from footbridge 2, a works train passes over the new, unballasted track, 1975. Note the houses to the left of the picture are 1-4 Fron Haul that are now displayed at the National Slate Museum in Llanberis.