ISSL - Infraco Sub Surface Limited, who provide Track & Civils services to London Underground Limited, spent two days this week out in the gorgeous warm sunny weather offered around Porthmadog. A much more pleasant way to spend the day than being kept in the dark London Underground. 15 members of ISSL staff came to the FR for a team building exercise, in preparation for a re-jig of their organisation. There were three parts to the course - each team having half a day for each component. On the second afternoon, all three teams combined for the last exercise. 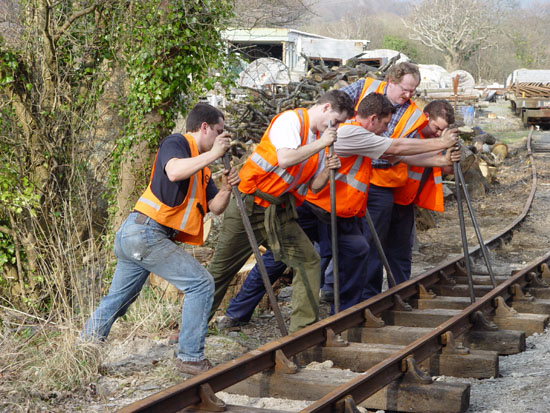 Task One was the track laying challenge. The teams relaid a siding in the corner of Minffordd Yard, laying two and a half track panels and adjusting the alignment. They then moved to the long siding and carried on work there. Marks were given for teamwork & effort. 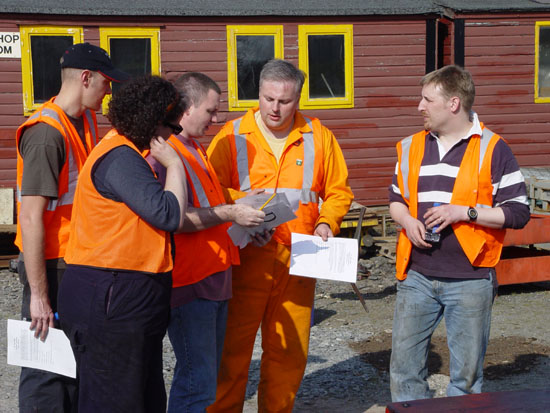 Task Two was the Slate Shunt. Following the instructions given, the teams had to move 10 wagons around Minffordd Yard using the locomotive 'Lilla'. The instructions only detail where the wagons have to be at the end of the shunt - not how to do it! Marks were given for ingenuity, locomotive handling, organisation and teamwork. Marks were taken away for cheating! 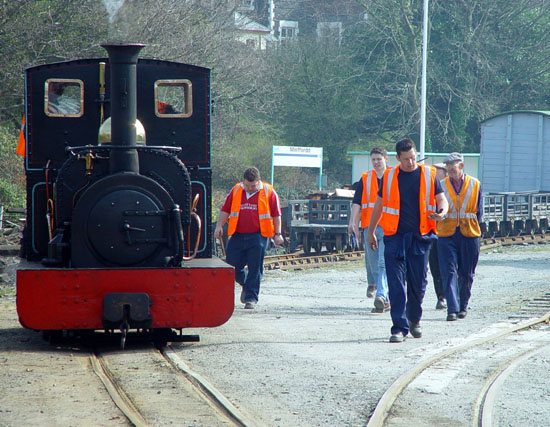 Task Three was Guest Driving - a round trip from Minffordd to Blaenau Ffestiniog. The teams were instructed on how to drive 'Linda' and under the same strict but friendly supervision given to all guest drivers, the members of each team had a turn at the regulator. Marks were given to each guest driver by their supervisor, Tony Willmore, a regular FR volunteer driver. 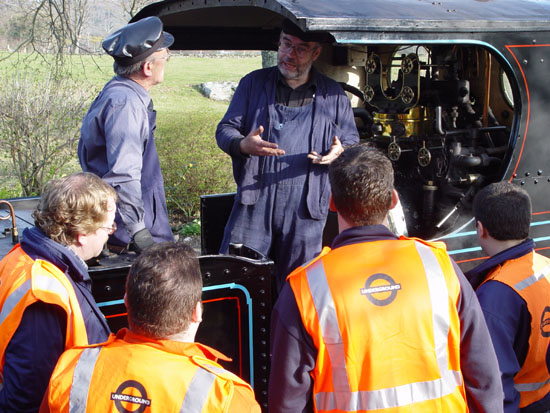 The Final Task was a combined effort on the track laying challenge, a couple of hours being spent on this in the afternoon. Hot, thirsty work in the bright sunshine. 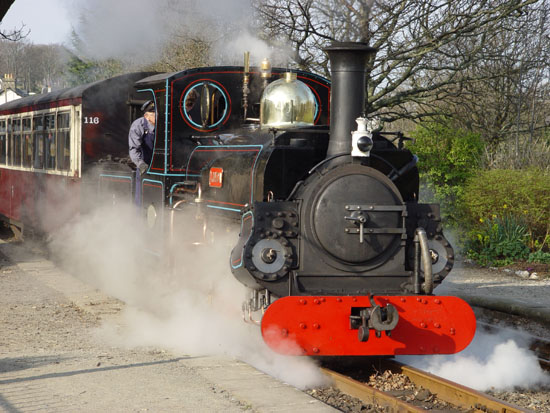 In the evening between the two days of the course, the staff from ISSL and FR staff involved with the challenge spent a very pleasant evening in Spooners, where a 3 course dinner was served. The conversation ranged over many subjects, with all the ISSL staff saying how much they were enjoying themselves - and being very surprised by the weather. 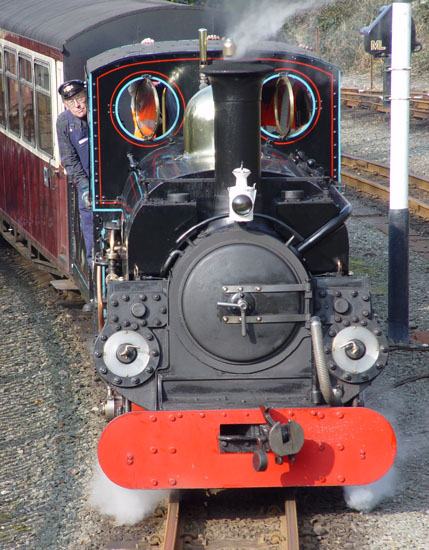 The winning team were presented with a framed and captioned photograph of the whole group, standing in front of 'Linda' and 'Lilla' in Minffordd Station, whilst all members of the three teams received a certificate and photograph to commemorate their visit. 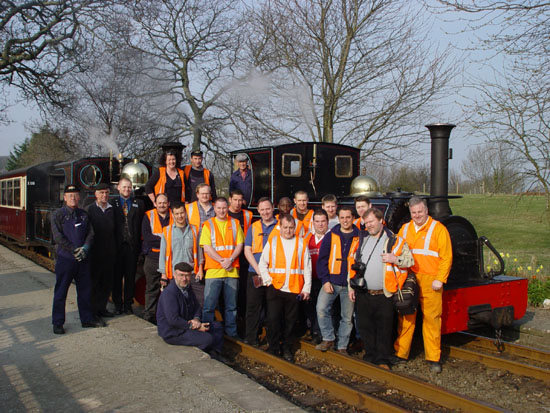 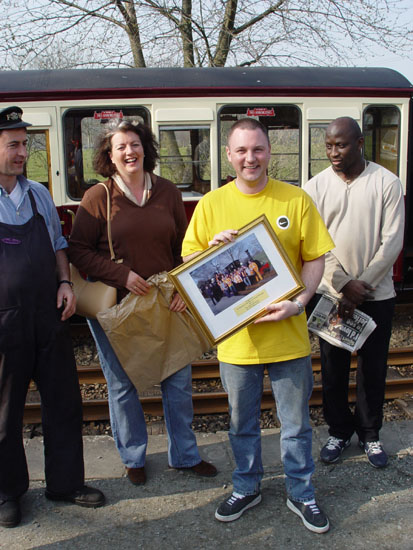