John Wagstaff apparently was a maths graduate from Cambridge - which only became known to his friends a year after he died! What he told us, his friends, was that he was apprenticed to Sykes which then became part of Westinghouse Brake and Signal Company(WBS). John was heavily involved in producing a quote for signalling work on the Gold Coast Railway which was accepted. Thus John found himself on a boat to West Africa. On completion of the contract, John was offered a post on the GCR which subsequently became Ghana Railway. Contracting maleria John returned to England via Haiti, where he was nearly locked up as a spy, because the sugar cane railways he was expecting to visit had ceased work before WW2 - John was a born raconteur and such stories were often told with a twinkle in his eye and a pint in his hand. John re-commenced work in England with WBS at their Kings Cross offices, but he had always been interested in the Southern and in particular the LB&SCR. Thus he came to the BR Southern Region Signalling Drawing Office in the mid 1960s. At this time he met and became friends with David Josey who was also in the Signal Drawing office. In the autumn of 1968 John Wagstaff and David Josey were invited by Norman Pearce to visit the FR and comment on the feasibility of installing Swiss-style tail magnets to replace the existing miniature train staff instruments. This idea was a non-starter but from early 1969 they worked closely with the FR General Manager, Allan Garraway, and Alan Hayward, the Operating Manager, to develop a basic signalling system for all the stations, Harbour to Dduallt. Major Olver of the Railway Inspectorate, was persuaded to accept the innovative colour light signalling proposal at Minffordd, Penrhyn and TYB for a limited period until full and permanent installations could be funded and installed. By 1972 all stations had Home Signals that detected the entry points and had some interlocking between them. The simple mechanical signalling at Dduallt was replaced when that station was fully signalled as a passing loop. The Harbour scheme lasted into the 21st. century and greatly facilitated the coming of the Welsh Highland Railway to Porthmadog.

In Ffestiniog Railway Magazine No. 55 in 1972 he is listed as an Honorary FR S & T Official.

When on visits to the FR John would take an interest in measuring and recording things of interest and in particular signalling equipment. John's penmanship was of a very high order and he drew dimensioned drawings of the old Company's signals. These were published in the informal newsletter "Signals" which John and David produced for S & T volunteers. Some of these have been reprinted in the FR Heritage Group Journal (and appear elsewhere in Festipedia): 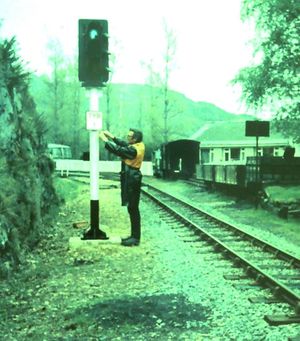 John Wagstaff demonstrating the use of the flip over ‘U’ sign on the Up Home at TYB c1970. Photo taken by Lesley Leaton, a senior Signal Engineer on the SR, to whom we showed our signalling efforts when he visited the railway circa 1970. 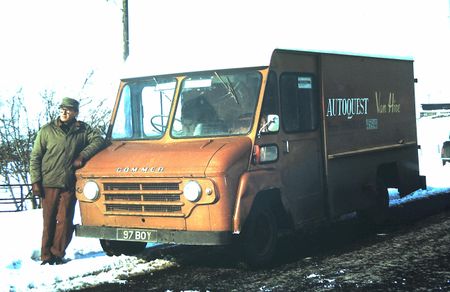 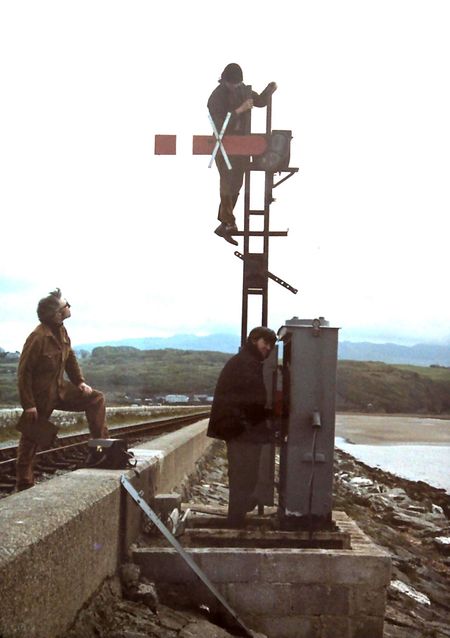 John Wagstaff supervising the adjustments to the new Harbour Up Advance signal. Phil Sharpe on the signal and Peter Lewis below – David Josey 1971

Josey D (2017) Personal entry of my memory of my friend and colleague.