Named after the government depot in south-east London, where it first operated, Bagnall 0-4-0ST (Builder's number 2043 of 1917) was purchased by Richard Hilton from the Oakeley Slate Quarry at Blaenau Ffestiniog and moved to the railway about November 1961. It was stored out of use in Minffordd Yard, where someone painted the word "Burrell" on the saddle tank. On 19 April 1970 it was removed to Mr Hilton's Home at Didcot, Berkshire. In 2005 it was in working order on the Yaxham Light Railway in Norfolk. 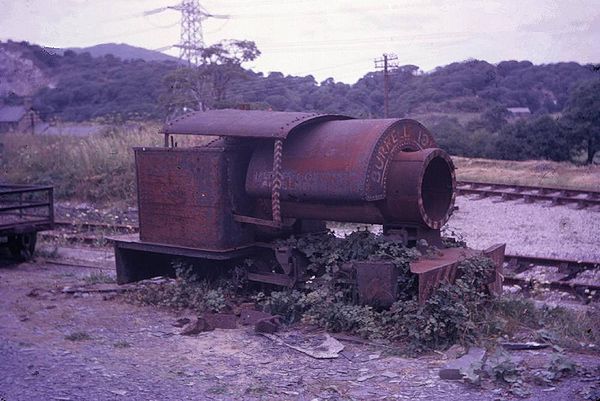 Another picture of this locomotive at Minffordd exists at this external site awaiting restoration by Richard Hilton on 21st August 1963. (S.A Leleux)

A more recent picture of Kidbrooke, in steam on the Yaxham Light Railway, can be found here: