KW has been a member of the FRS since 1965 (with a gap of a few years in the mid 1990s). His interest in all things FR was kindled in August 1959 on a trip on the FR from Port to T-y-b as a six-year-old on a family holiday & being mesmerised by the sight of a double Fairlie [Taliesin L/T] and the "cosiness" of one of the vintage carriages that the family travelled in on that day.

His interest in the WHR was started in 1967 when he persuaded his parents to just "walk through the Aberglaslyn Tunnels". Four hours later we had to cadge a lift in the back of British Parcels Lorry from the pub/hotel as then was, near Pont Croesor to get back to the car at Beddgelert.

Whilst definitely "an armchair" FRS member, a number of too infrequent volunteering expeditions or FR events have included:

August 1967: (with older brother - camping in Boston Lodge sandpit) relaying track between T-y-B & Ddualt (one week). Have some of this on 8mm movie film.

August 1986: Minffordd Parks & Gardens - one day during a week's family holiday "his own family this time" - in the holiday let at Minffordd looking out on Gwyndy Bank with its own level crossing. (Bron Turner I think it was/is called). A great place for an FR holiday! 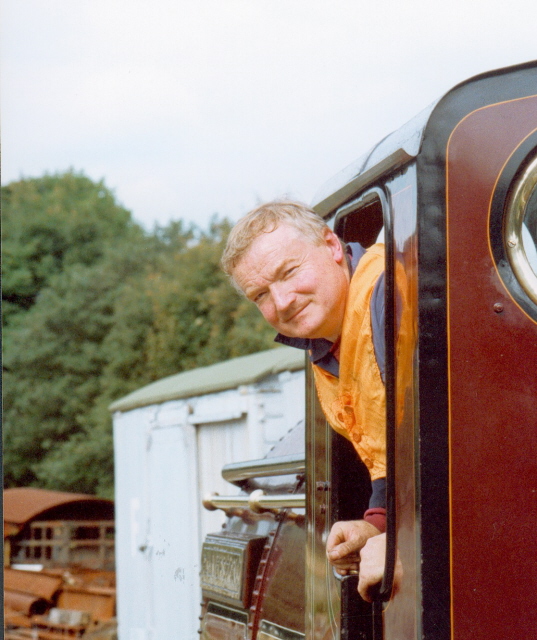 4th May 2002: Gravity slate train ride in the glorious spring sunshine  my most memorable FR trip ever & worth every single penny of £50 donation to Ricket Boiler Fund