The roofs of both shed were raised in the early 1970s so that the sheds could be used for carriage storage. Track was laid into Maenofferen bach over the Spring Bank holiday weekend 1972. It was some while before the shed could be used as access was blocked by a small shed which was being used by Paul Dukes as a garage. The shed was eventually turned round allowing the tracks to be finally connected. Much later (c. 2000?) this shed became dangerous and had to be dismantled. Drawings were made of it and archived. 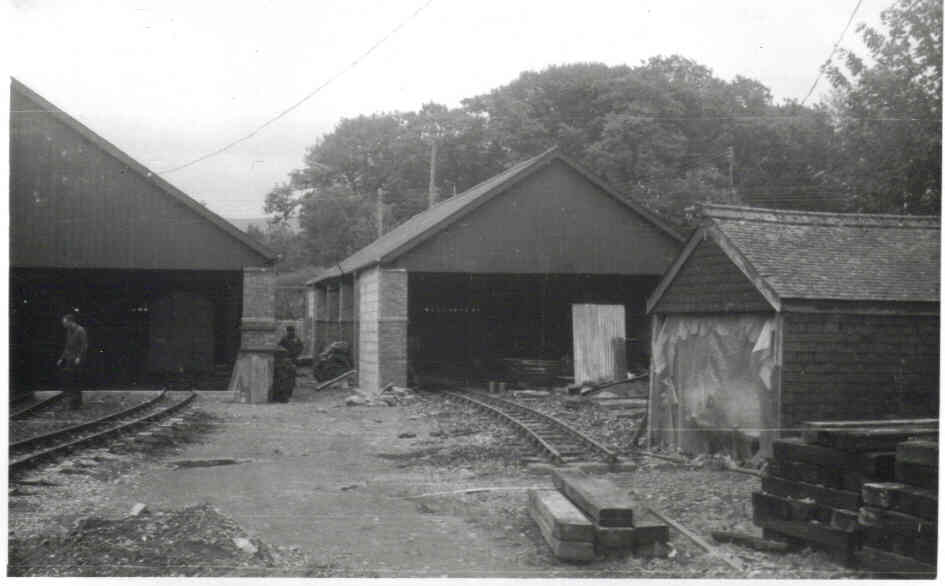 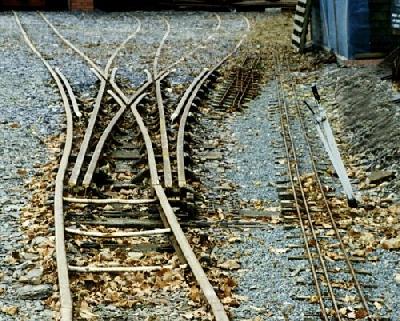 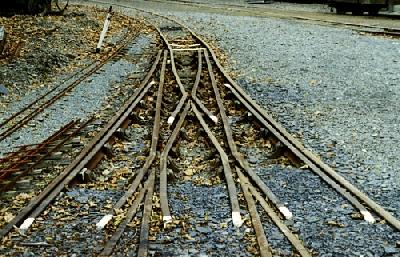 and reverse picture, pointing away from Maenofferen Bach shed. Note minature railway to left of above picture Photo: Eddie Bellass