As explained on the parent page, there was initially some resistance to the reconstruction of this halt. However, later, there was a vote, and the villagers actually requested a halt to be constructed.

Unfortunately there was no finance available, nor plans for a halt. Over time, a design was formulated and an application was made to the SNPA, which was granted.

Work eventually started in February 2010, and below are some representative photos of its reconstruction, which was completed within the month. 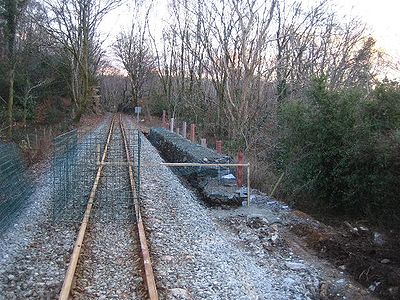 01 This southerly view (10/2/10) shows the supporting gabions (rock boxes) being constructed at the south end of Nantmor Halt. These will allow the platform to be extended to the south. The vertical pipes will house the wooden paling to support the rear fence of the platform. 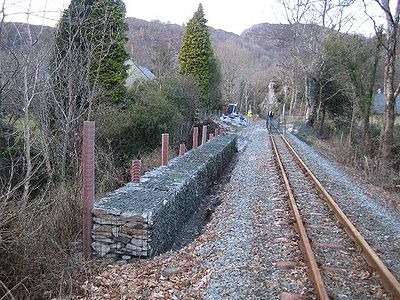 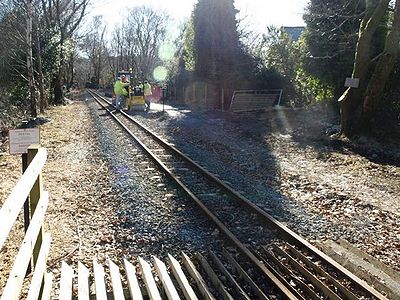 03 This southerly view (11/2/10) show the platform area being rolled. A wider area nearer the level crossing will allow room for a waiting shelter similar to that at Beddgelert Forest Halt 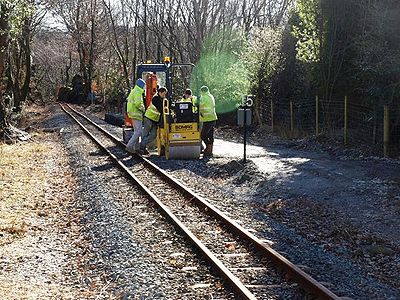 04 This southerly view (all 11/2/10) show the platform area being rolled. A wider area nearer the level crossing will allow room for a waiting shelter similar to that at Beddgelert Forest 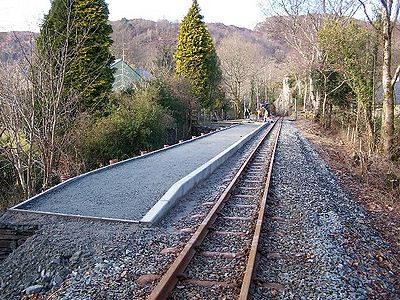 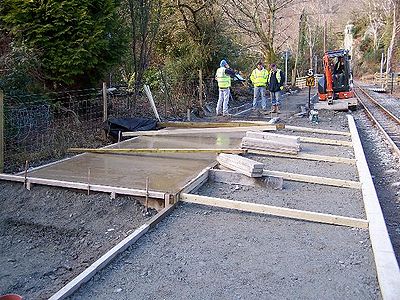 06 This northerly view (17/2/10) shows the concrete base just laid for the waiting shelter that the WHRS hopes to be able to fund for this location. LC 49.51 is in the distance BWH

Pictures 02 and 05 are taken from approximately the same position, a week as apart. One trusts there will be some fencing at this end of the platform! 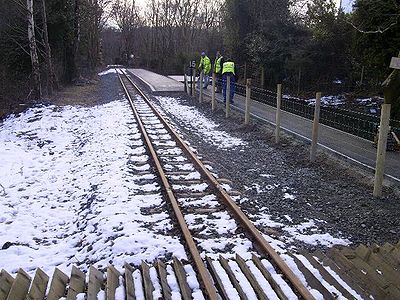 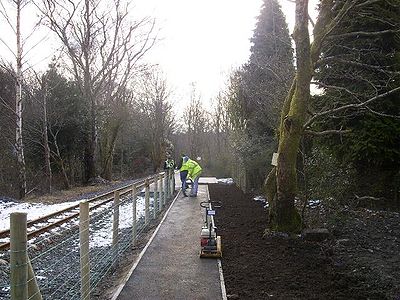