He is the owner of the former Darjeeling Himalaya Railway (DHR) Sharp Stewart 0-4-0ST No 19, and the two Boston Lodge built DHR replica carriages. 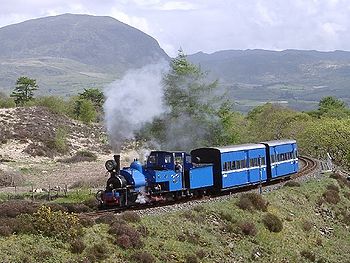 In 1971 he was elected the FRS's youngest director. He had first visited the FR in 1963 and joined the FRS and the London Area Group. He moved to Uttoxeter as a student apprentice in mechanical engineering. He cofounded the North Staffordshire Group of FRS in 1967 and he was secretary until 1971.

This following is taken from a published bio on the Association of Train Operating Companies (ATOC) site, of which he is currently Chairman (2007), and the Railway Safety and Standards Board (RSSB}, of which he is also a member.

He joined British Rail in 1970 as an Engineering Management Trainee.

In the course of his career, he has had management responsibility for a wide range of railway activities, including operations, engineering and marketing. Throughout, he has been at the forefront of improving productivity and delivering change, initially as Engineering Manager, then moving progressively into business management and, since 1993, as Managing Director of Chiltern Railways.

In 2002 Adrian became Chairman of Chiltern Railways and Managing Director of Laing Rail a division of John Laing plc, who are now owners of The Chiltern Railway Company Limited.

Adrian is also a Fellow of the Royal Academy of Engineers, the Institution of Mechanical Engineers and of the Chartered Institute of Transport.

He is also the Passenger Train operators representative as a non-executive director of the RSSB, the railway industry's own safety management organisation.

He owns a private narrow gauge system known as The Beeches Light Railway, for which Boston Lodge has carried out some contract work.