The Blaenau 20 weekend has proved to be a bigger success than we had dared hope for! Despite competition from the Queen's Jubilee celebrations and the World Cup, attendance increased rapidly over the weekend, on both the FR and WHR, so much so that on Monday the railway ran out of coaches! 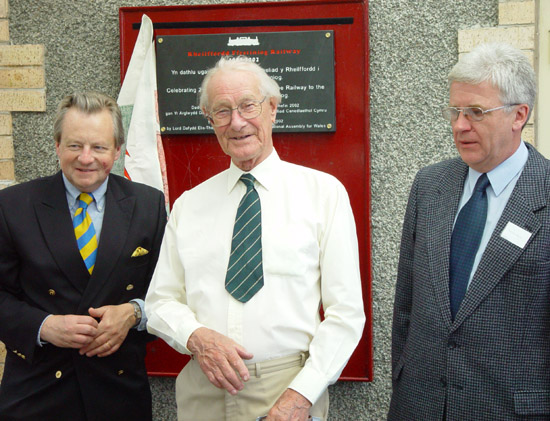 The special train (which carried the 1982 original Headboard) for the slate plaque rededication of Blaenau Ffestiniog station, which our special guest Lord Dafydd Elis Thomas kindly unveiled on Saturday, took place in glorious sunshine and was notable in having two narrow gauge trains at Blaenau at once, something that many people commented on and we would like to do more often. This rare sight was repeated along with a standard gauge train on the Conwy Valley line, before the special left. 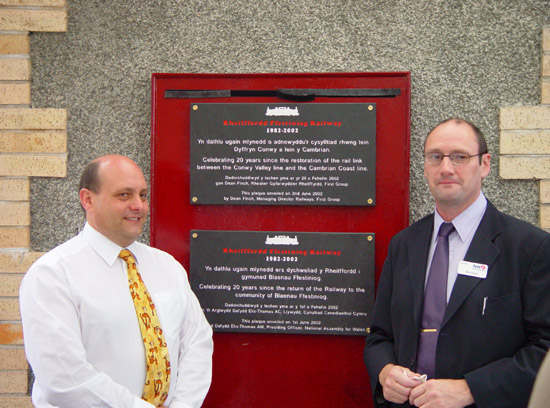 The special then departed, with a non-stop back to Porthmadog, hauled by the Earl of Merioneth in 1980's guise, with red rods, white wheel rims, black 'dustbin domes' and sprouting electric lamps and carriage electric sockets on the buffer beams along with psuedo 'D' shaped smokeboxes. Saturday ended with the commencement of the night trains as part of the 84 hours continuous running attempt. 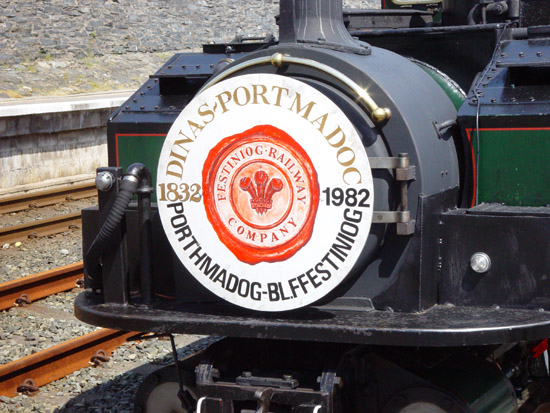 The evening trains running throughout the night between Rhiw Goch and Tanygrisiau proved popular with staff and passengers and provided some interesting photographic opportunities along the route, as well as providing an early morning service from Blaenau down to Port. Tan y Bwlch café, staying open all night also did sterling business with bacon butties and drinks for crew and participants. 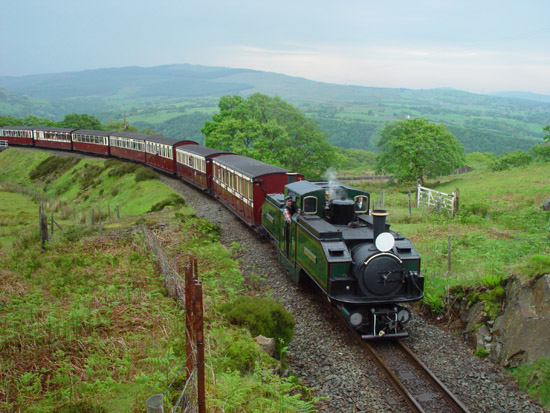 On Sunday a plaque commemorating the links between the FR and the Conwy Valley Line was unveiled along with Lilla doing 'Drive an Engine' in Platform 2 at Blaenau. This proved extremely popular and actually took more donations than the scheme usually does at Porthmadog (all proceeds towards Lilla's boiler fund). Lilla was a feature for the rest of the weekend. Merddin Emrys was on display at Glan y Pwll along with a display showing pictures and memorabilia of the last 20 years of construction back to Blaenau, demonstration deviation trains and an excellent 009 model railway 'Dduallt' were also features at the depot. In all a fantastic weekend, 84 hours continuous running we believe is a new record and the passengers continued beyond the bank holiday to pile into the railway. Our sincere thanks to our staff and also to the visiting public. Souvenir tickets and programmes are still available if you would like a momento of this event.