By a Mallet locomotive, one usually means an articulated steam locomotive with two sets of driving (and coupled) wheels, the front one in a bogie and the rear in a conventional rigid frame, all with or without pony wheels. In many cases, especially early on, it also followed its inventor's idea of compound expansion, by which the steam from the rear pair of cylinders was reused in the front pair, which was larger in diameter to compensate for the lower pressure. The rest of the layout is conventional with the cab at the rear. Fuel and water can be carried on the engine or a tender.

The idea was patented in 1884 by the Swiss mechanical engineer Anatole Mallet.

The type was widely used for small locos in the decades around 1900. Standard and broad gauge versions were also built, but not for British railways. Late single-expansion examples in the USA were among the biggest steam locomotives ever built. 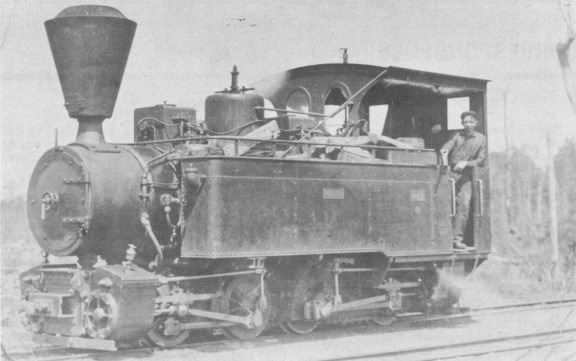 A small Mallet built by Orenstein & Koppel in Germany. The high-pressure cylinders are under the cab, which is unusual and must have been hot for the crew. Usually both pairs of cylinders are forward of their wheels.

Somewhat similar was the Meyer design, patented by the French engineer Jean-Jacques Meyer in 1861, except that also the rear wheelset is mounted in a bogie, approaching the modern standard design of diesel and electric locomotives. That design was perhaps most common in Germany but never became very popular. A derivative of this was the Kitson-Meyer, named after locomotive builders Kitson of Leeds, although the idea came from the Scottish engineer Robert Stirling, and mainly used in South America where he worked. There, the two bogies were drawn apart to make room for a large firebox.