Sinembe was built in 1926 by W.G. Bagnall. No. 2287,a 4-4-0T, was the first of 13 identical locos built for Natal's Tongaat Sugar Estates. This locomotive is sometimes recorded as being named Edward Saunders.

That line closed in the mid '60s and Sinembe was put on display at the Estates entrance.

In the 1990s, along with a similar engine, Charles Wytock, it was purchased and brought to what is now the WHHR at Porthmadog with the intention of restoring them both to full working order. A third similar engine, Bagnall 2627 of 1940, named A. Boulle was also acquired by the same owner but did not come to the WHHR. 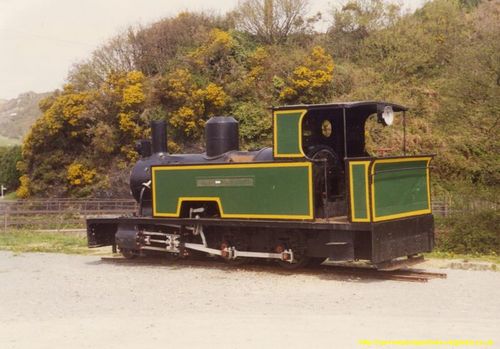 Arrived on the WHR in April 1994 and displayed for a time by the car park entrance.

The loco was later moved to Gelert's Farm where its boiler lagging was removed, but no further work was done on behalf of its private owner. The loco was partly reassembled and stored in a gradually declining condition in a siding at Pen y Mount 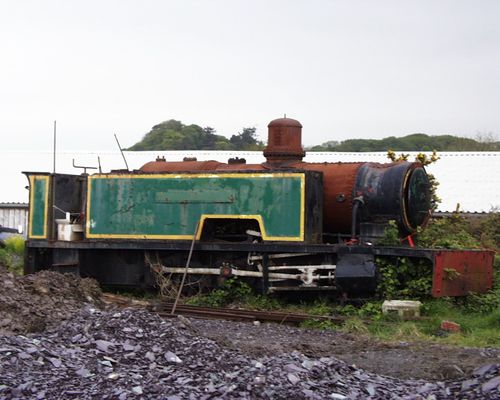 The removal, to Cargo Fleet in North Yorkshire, did not take place until 2005. The owner hopes it may return to Porthmadog.

The three locomotives were moved from Cargo Fleet to Riverside Industrial Estate in Middlesbrough some years ago. By 2016 the overhaul of all three was essentially complete. Charles Wytock was sold to a private owner in 2014 and is now on the Lynton and Barnstaple Railway. In March 2020 A. Boulle was advertised for sale. Sinembe remains in store.