Isibutu is a Bagnall 4-4-0T (2820 of 1945) built for Tongaat Sugar in Natal. Like many other narrow gauge locomotives from this builder it is fitted with a marine-type firebox.

Based at the North Gloucestershire Railway at Toddington, this locomotive visited the WHR(P) from 11 July 2007, with its last run being on 9 September 2007.

Seeing a working example of this type of locomotive in north Wales was very pleasing following the disappointment of others of the same type, Charles Wytock and Sinembe being removed from the WHR(P) site in dilapidated condition in 1997 and 2005 respectvely.

The visit of Isibutu to Portmadoc was not a complete success, due to a troublesome regulator valve, and the locomotive was taken directly to Graham Lee's Statfold Barn Railway in Warwickshire for repairs. It was subsequently sold to Graham Lee and will remain at Statfold. 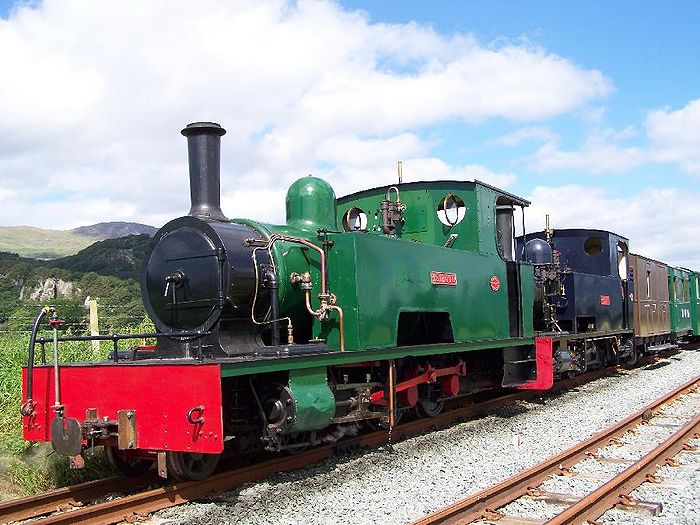