This was a Lister 4wPM locomotive (works number 41545 – works plate stamped 41445 – built 1954) that came to the railway rebuilt with a Lister LD2 7hp diesel engine by the FR Society's Midlands Group on 1 May 1976. The replacement Lister diesel engine was obtained from Rich Morris of Gloddfa Ganol in exchange for Monster, the Enfield-engined skip-pusher (assembled at Boston Lodge by Adrian Shooter)

At one time it had worked at Coventry Corporation's Finham Sewerage Works, thus gaining its nickname Sludge, although it is also recorded as carrying the number JGF4. Used on the Deviation north of the new Moelwyn Tunnel, it left the railway on 19 May 1983, having been acquired by David Best of Bredgar in Kent. The loco is now, following regauging and fitting with air brakes, in regular use on the Evesham Vale Light Railway 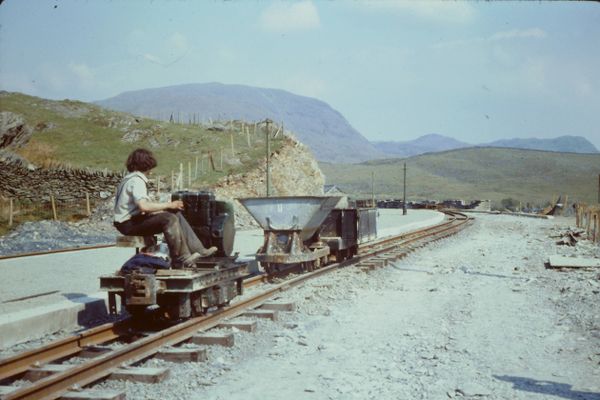