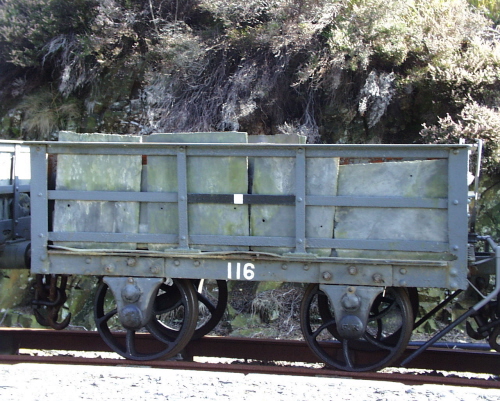 The wagon contains a water tank to add extra weight for gravity trains. Several wagons were fitted with these for the 2004(?) Vintage Weekend. This wagon was also fitted with a means of releasing the water onto the rails to reduce friction and would be one of the leading vehicles in the Gravity Slate Trains. Washing-up liquid was also tried in the water but this did not find favour with the drivers of later "up" trains who had trouble with slipping. 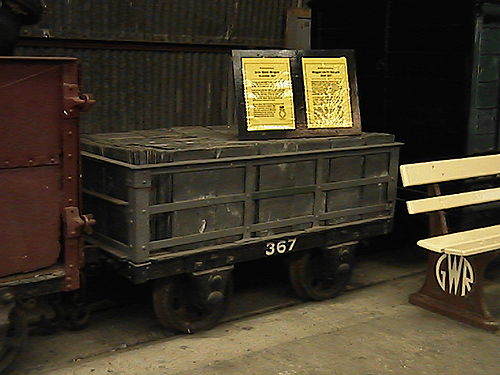 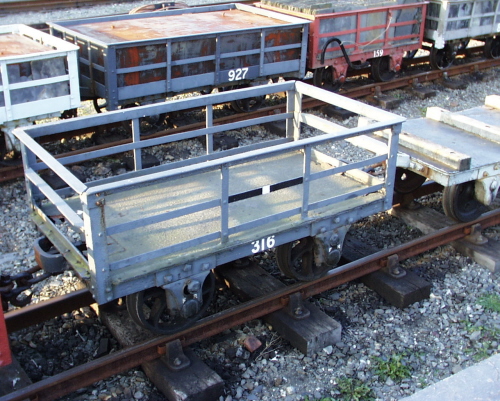 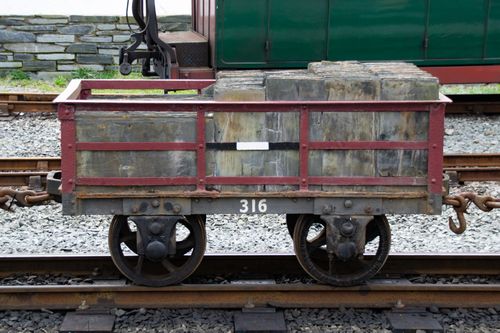 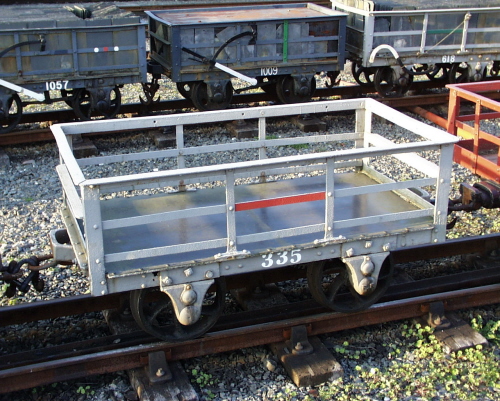 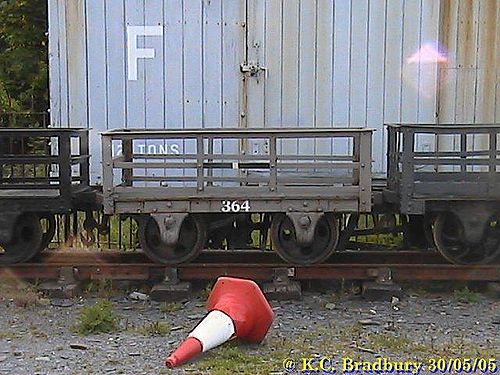 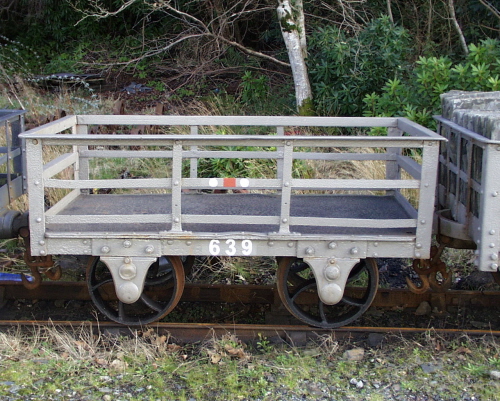 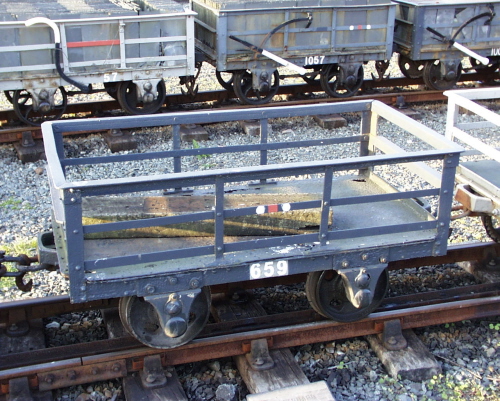 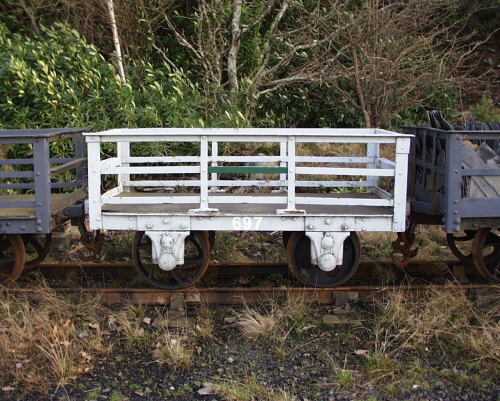 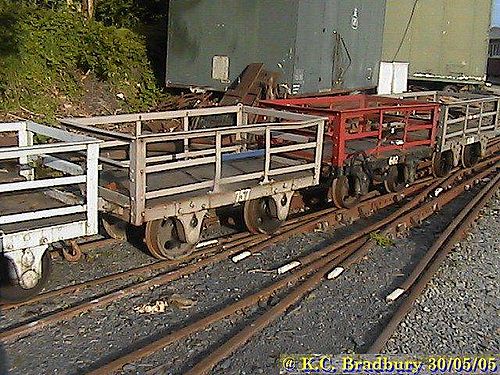 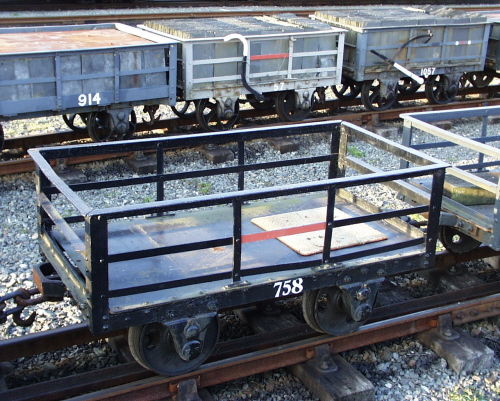 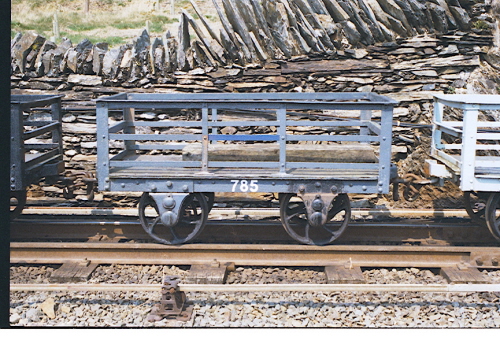 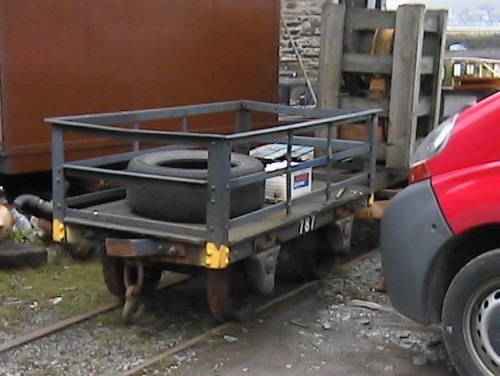 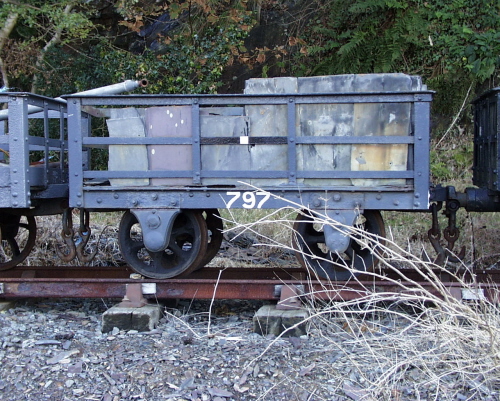 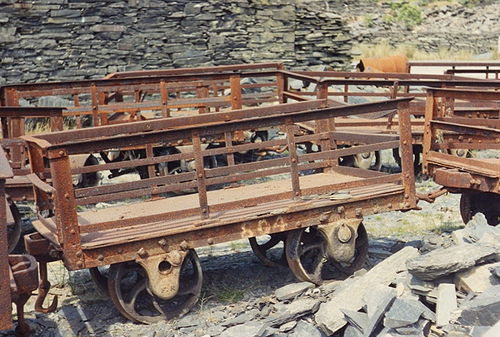