On the 4th August 1955, the late J.S. Macfarlane visited the FR. He took this picture of a derelict Hudson Toastrack. Inspection of the solebar does not reveal the identity. Given the history by Boyd, it is likely that is was either 37 or 42. However Professor P. Ward when showing this picture (in August 2005) to someone who was around in the mid 1950s was given the identity of 47. 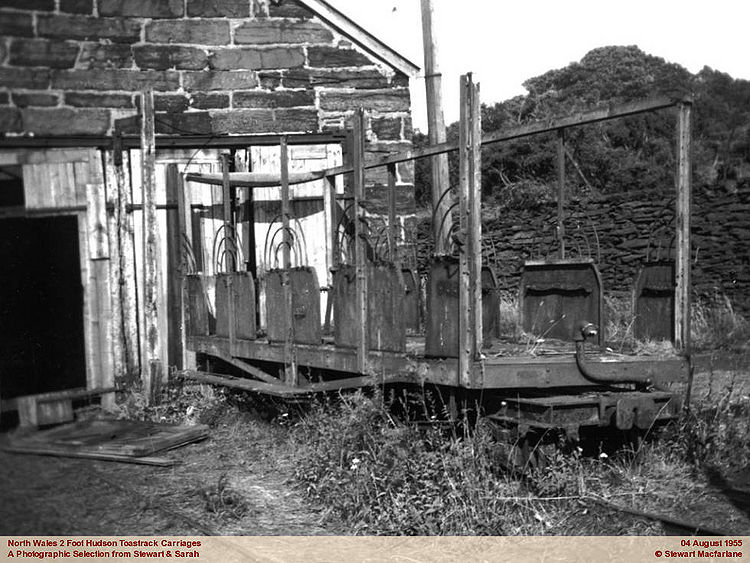 It is seen outside the Loco Shed at Boston Lodge. It shows the dilapidated state of the FR rolling stock after WWII prior to restoration. Of note is the vacuum pipe, coupling and the quadrants on the sides. The wood panels are long gone.

The remnants of Hudson Toastrack 37 became Carriage 38 in 1972 and those of Carriage 42 were rebuilt at the WHR(P) Gelert's Farm works in 2005. Which one did the above picture become?

Peter Jarvis adds: This is apparently one of two which were in the Glan y Mor siding with sand drifting over the axleboxes during the closure. Evidently this was moved in 1954-55; neither was outside the old Engine Shed up to 1954. Neither had any number that I saw on my annual visits 1949-54.