The plates used changed over the years and help (by their size and position) distinguish between locomotives and date old photographs. It is curious that, with all new plates after the 1870s, each name ends with a large square full stop. In the 1990s this feature was perpetuated when a pair of 'Duke' plates were cast for Prince for special weekends! 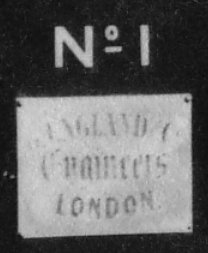 When The Princess was rebuilt in 1895, the name was shortened to just Princess. New large oval cab plates were fitted commemorating this date. In a subsequent rebuild in 1923, these plates appear to have not been changed. In a further overhaul in 1937, a crude alteration was made to the date plate commemorating this event. Princess can be recognised by these large oval plates in photographs from the 1920s to the 1940s as she was the only loco to retain them. 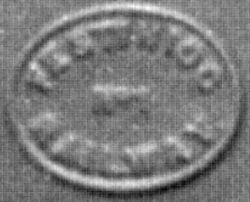 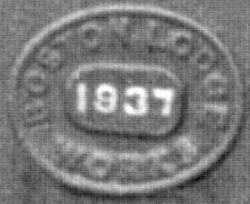 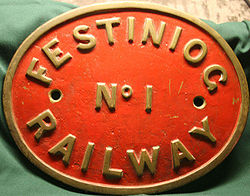 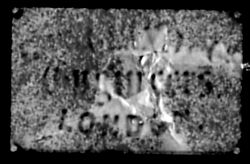 In 1892 when The Prince was rebuilt, the name was shortened to just Prince and new large oval plates were fitted. The date plate below is a replica cast in 2002 for that years vintage weekend. 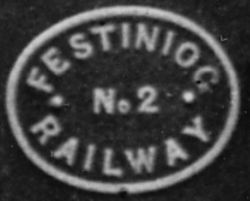 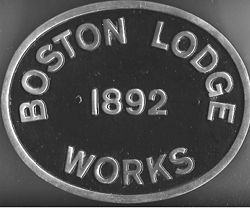 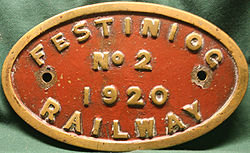 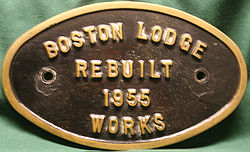 In 1980 Prince was rebuilt again, 2 of the oval plates were re-used and two new brass shield shaped plates were used with a 1979 date on them (as used also on Earl of Merioneth) 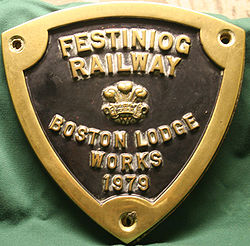 When returned to service in 1999, this was not classed as a rebuild. Therefore two oval plates were added, commemorating its 1980 rebuild and its 1863 building dates. 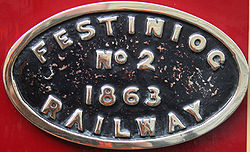 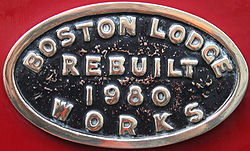 On the other side of the loco are replicas of the 1920 rebuild plates. 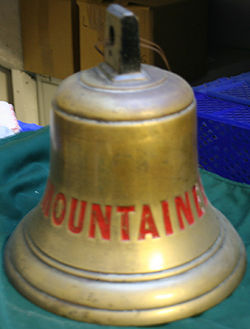 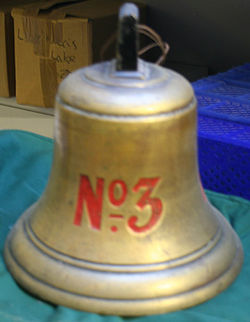 Mountaineer was never rebuilt so retained the original plates until being decommissioned in 1879. The new nameplates made for the Alco in 1983 are replicas of these original plates. Mountaineers original bell survives, indicating it was numbered 3 from 1863. 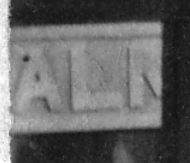 Palmerstons original nameplates and cabplate are shown above. When Palmerston was rebuilt in 1888 it is probable that it had two large oval cab plates but no photograph of these exists. A new brass nameplate was also made for the saddletank. Palmerston was rebuilt again in 1910 and a single square plate was made for the front cab side sheet. This allows it to be recognised from Little Giant in later photographs. When repaired in 1933 a crude alteration was made to one of the 1910 cab plates as seen in the first image below. Palmerston currently runs with replicas of the original cab & nameplates and a proper replica plate for 1933 as seen below. 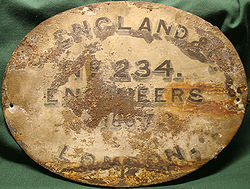 The original plates for Welsh Pony were enamelled iron (with a brass frame). However they wore and were replaced (probably) during the early 1880s. An original cabside plate was dug up in Glan-y-Mor yard in 1961 and is shown here.The replacement plates were of brass and the cabside plates faithfully reproduced the George England name. However, differently from Little Giant, they did not have the makers number included. 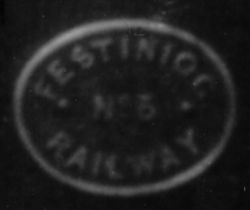 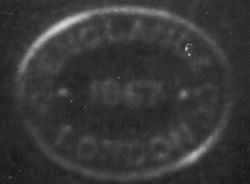 The loco was rebuilt in 1891 and had a large oval plate to commemorate this, probably dated 1891. 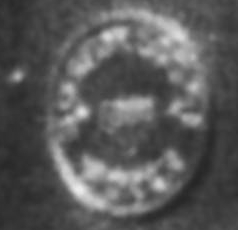 Its last rebuild was in 1915, and following this two small oval plates were put on each side of the cab, commemorating this date. 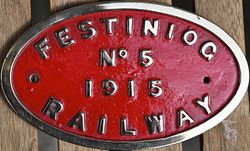 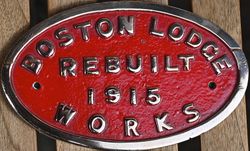 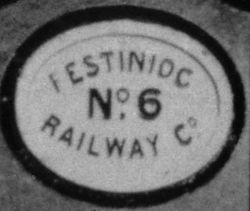 Little Giants original plates were enamelled iron (with a brass frame). The 1867 photograph may have been retouched , but there are small differences in the plates between the 1867 and c1880 images. 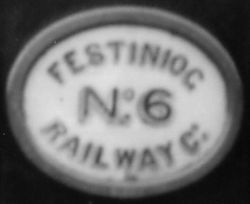 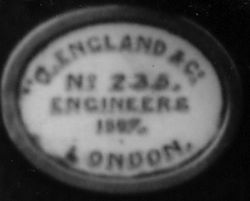 As with Welsh Pony, they wore and were replaced during the early 1880s. The nameplates were made of phosphor bronze, and the cabside plates faithfully reproduced the George England name.

The loco was rebuilt in 1904 and had a single square brass plate on the rear side cabsheet only, commemorating this date