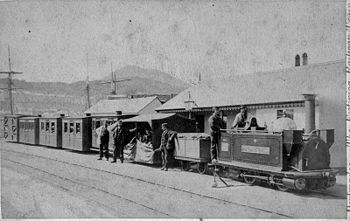 The first six steam locomotives for the Festiniog Railway were built by George England & Co.at Hatcham Iron Works, New Cross, South London. As such they are collectively known as the England Engines.

The first four were designed by George England with input from Charles Menzies Holland. When delivered, the first two (Mountaineer and The Princess) were domeless. Initial trials proved this to be a mistake, and they subsequently had a dome added. The two later locomotives were fitted with a dome before being despatched.

The cost of the initial 2 engines were £1000 each and the second two £975 7s. 6d. They were designed to haul 25 tons on a 1 in 70 gradient at 6 mph, but proved capable of taking double this load at twice the speed. The locomotives as built had side tanks (with an interconnecting pipe) and a small weather board on which was mounted the pressure gauge. A single whistle was mounted in the cab. A bell survives for Mountaineer, but no photograph or drawing exists to show how this was fitted. Square sand boxes were provided operated from the footplate, but they leaked sand and caused gravity trains to stall. Therefore, the delivery pipes were removed. 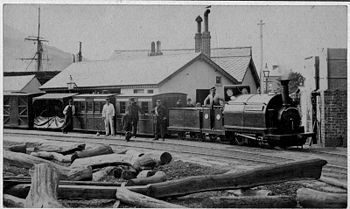 After four years' experience a further two engines were ordered to an improved design with a larger boiler and a saddle tank with greater water capacity. They cost £1003 4s. 10d each. The saddle tanks were actually enlarged before delivery, having been planned for 375 gallons, they were delivered as 418 gallons. Spectacle plates were fitted as standard, although they had been made to fit the 375 gal tanks and left a gap above the firebox when fitted to the new tanks. Other early features included cylindrical sandpots and a waisted smokebox.

At some time in the late nineteenth century all 'Englands' had their wheel diameters increased to 2 ft 2 in by the expedient of fitting larger tyres, thus changing the above dimensions.

As well as working on the FR, they hauled trains on the Festiniog & Blaenau Railway in 1868 before its own locomotives arrived, and were used subsequently on hire as required. The earlier locomotives (except Mountaineer, which was dismantled in 1879) were rebuilt to the saddle tank design and with a 160 psi boiler. By the start of the 20th Century, the only differences between the large and small locomotives were that the later two locomotives had a longer wheelbase and correspondingly longer boilers and tanks. 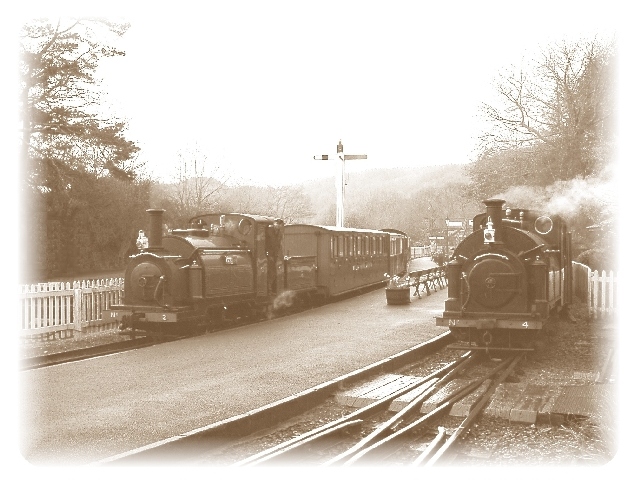 In addition to the single England engines (above), George England also offered to build a Double Fairlie for the FR in 1868. The engine (Little Wonder) was built at England's works in 1869.