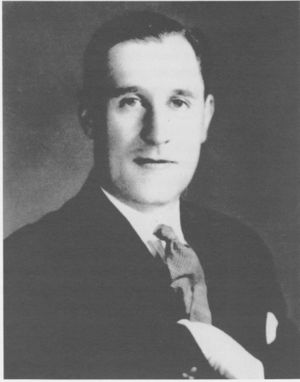 James Arthur Iggulden was Colonel Stephens’ chief clerk and principal “indoor assistant” for most of the 35 years he worked at 23 Salford Terrace, Tonbridge. Before he died in February 1979, he compiled some notes on what life was like at the famous light railway offices, and these were edited and published for the first time in 2005 by Philip Shaw in the "Tenterden Terrier", house magazine of the Kent & East Sussex Railway, Issue No. 98

From 1970, Michael Davies got to know him and they became good family friends, and subsequently he wrote a short obituary for the society magazine.[1], from which the following, is used with permission.

Arthur was the audit accountant to the old FR for many years, and died in hospital at Tonbridge on 20th February 1979, breaking perhaps the final link with the Colonel Stephens era.

Michael had first corresponded with Arthur around the time Alan Pegler gained control of the FR Co., but his name was already familiar to him nearly twenty years earlier, appearing in the Railway Year Book. In the section devoted to those ever decreasing ranks of minor railways "JAI" held a variety of posts on lines forming Stephens' Tonbridge empire.

Joining the staff at the Colonel's HQ, 23 Salford Terrace, Tonbridge, on 23rd March 1914 at a wage of 5s. (25p) per week, Arthur worked there until the closure of the office on 7th June 1948 upon the nationalisation of the late Colonel's standard-gauge lines.

In common with most of the Tonbridge staff, he transferred to the Southern Region of BR, working mainly in London, but continued to reside in Tonbridge, his home since moving in infancy from Cranbrook about 1900.

The autocratic Colonel took a liking to young Arthur, encouraging him and paying for his accountancy examinations, and in the early 1920s appointed him his personal indoor assistant (W H Austen was the Outdoor Assistant, and his senior). He was later Chief Clerk to the Kent & East Sussex, East Kent, Festiniog and Welsh Highland, and Audit Accountant to the Shropshire & Montgomeryshire. Festiniog and Welsh Highland and Secretary to the Shropshire Railways.

His fund of stories and anecdotes relating to this period were often humourous and always fascinating, and his account of the FR and WHR audit certainly captures the atmosphere of the minor railway of many years ago.

Travelling from Tonbridge on the daily through train from Sandwich and Dover to Birkenhead, Arthur would make the North Wales connection at Chester and stay overnight at the Station Hotel, in Llandudno Junction.

Resuming his journey, the FR audit would take him over the Conway Valley line to Blaenau, where the stations in that town and at Tanygrisiau would occupy the remainder of the day. To reach the Oakeley Arms at Tan-y-Bwlch, always a favourite with Arthur, he would sometimes ride a gravity slate train if no passenger train was due, and the following morning would audit Tan y Bwlch station - hardly an onerous duty, one would imagine.

Penrhyn, Minffordd and Portmadoc stations would be worked on the third day, often necessitating walking between stations during the nine month period of each year when only the Quarrymen's train operated, and as two days were required for Portmadoc, Arthur usually stayed overnight at the Sportsman, a hotel also favoured by Colonel Stephens. This meant that the FR audit occupied almost the whole week, and it was Friday before the journey back to Tonbridge was made. Despite the late arrival after the journey home, Colonel Stephens would expect Arthur back in the office, report to him first hand his assessment of the current situation at Portmadoc

HFS never did gain the confidence of the men who ran the FR locally, and would occasionally send W. H. Austen, senior assistant, to Boston Lodge, but with little tangible result. From surviving correspondence it is clear that Stephens' handling of men, many of who had worked for the FR since the 19th century and spoke little English, was not calculated to improve Anglo-Celt relationships!

When the Tonbridge office was closed in 1948, several lorry loads of paper comprising plans and correspondence dating back to 1891 were destroyed, but with much foresight Arthur did save, and store in his home for over twenty years, many valuable letters, tickets and timetables. Included were a collection of letters written by Stephens to his father, and it was intended that these form the basis of a biography of the Colonel, about whose personal life so little had been written.

Arthur retained an interest in his railways until his last days, following the construction of the Llyn Ystradau Deviation and the reopening of the Kent & East Sussex with enthusiasm. He attended the reopening of the K. & E. S. to Wittersham Road last summer, but ill-health prevented his travelling to Porthmadog for some years.

The Snailbeach District Railways, a line acquired by Stephens on that auspicious date in the railway calendar, 1st January 1923, became the last survivor of the HFS group to be managed from Tonbridge, and although long dismantled the company still existed with a section of its route leased to the Salop County Council and forming the only access to an important quarry. Arthur and his family acquired a minority share holding in the SDR many years previously, and right up to the present time the Snailbeach remained a member of the Association of Minor Railways, an association whose roots go back to H. F. Stephens and his campaign to prevent the amalgamation of his railways into the major groups under the 1921 Act.

To conclude, as Arthur would have wished, on an amusing note, I cannot resist the story of Colonel Stephens' reaction to Arthur's forthcoming marriage in 1926. H.F.S., whose knowledge of women he liked to pretend was limited to an occasional brush with his housekeeper, immediately offered to send Elsie (the future Mrs Iggluden), at his own expense to a London school of cookery and domestic science, fearing that his assistant's gastrononic standards were about to decline! The offer was politely refused, and from my own experience, the Colonel need not have concerned himself for Arthur's well being, and in July 1976 they celebrated their golden wedding, still living at the house into which they moved just fifty years before. Elsie Iggulden passed away just eleven months before Arthur. and to their sons, Michael and Tony we convey our sympathies.