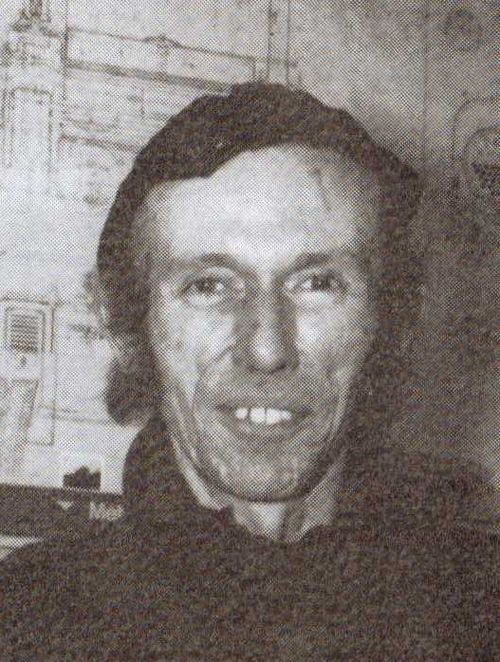 Paul Dukes came to the FR as a London Area Group weekend working party volunteer and was recruited to the permanent staff by Allan Garraway in May 1959. He had earlier worked for the tractor manufacturer International Harvester. He first saw the line in 1954 and started volunteering in 1957-8 with LAG working parties and staying with Tom Davies. His first job on the FR payroll was "Operation Snapper" in Devon, the removal of the Lynton and Barnstaple Railway coach which was to become the FR's No. 14.[1] On the FR initially working as a Platelayer under Will Jones' supervision, he later became the Permanent Way Foreman before transferring to Boston Lodge to assist Allan in the rebuilding of "Prince". This led in time to him becoming Works Manager. He died a comparatively young man (aged c.55) on 10th January 1992, having served on the permanent staff for almost 33 years.

As Works Manager his responsibility for the mechanical department included locomotives, rolling stock, buildings and plant. The works also manufactured things for other departments such as S&T. In 1974 he had 22 staff all the year round and was responsible for day-to-day administration of S&T and Electrical Department staff other than on technical matters. His interest lay in rebuilding equipment (or building new), testing and proving it. When a locomotive, carriage or whatever entered service he said he lost interest in it once it passed Pen Cob points.

In his obituary Fred Boughey described him as giving the impression of being an oddball character, dressing to suit himself and the weather, rather than the fashion of the moment, and paying few visits to the barber. [2] But he was a well read person with all the instincts of a high-grade craftsman. This latter quality was to be increasingly at variance with the need to work within the limit of the cash available on the FR.

Management, in the modern sense of leading from the office, was not to his liking. Management, according to him was making sure that the craftsman doing the job could get on with it. Paperwork, or as much as was necessary to carry on the job in hand, was done after everyone else had gone home. Going home, it was commonplace for his staff to see his office lights on as he did what others would have done in daylight hours. Paul was one of the main movers in the operations to collect, process and use waste oil to fire the steam locomotives starting in the 1970s. He explained the financial logic and the practicalities in an FRM article in 1978.[3]

He had a good sense of humour. One example of this was the spoof notices which sometimes appeared, particularly around the Deviation. His co-conspirator in this was sometimes Ron Lester who lived at the other end of Minffordd Station building. See, for instance, the picture of the notice stencilled on the back of The Peckett's cab. (Harris 2017) He had a reputation for taking a certain amount of pleasure in emerging from the Works with Moelwyn and the breakdown train, to go to the rescue of a steam train.[4]

When you got to know him well, in spite of his hard man image, he was a kind, even a gentle, man.

Paul was the first of the revived Railway's employees to take a local bride, meeting Ann in the Cob Café, just across the road from Harbour Station. They married in 1964 and Ann joined Paul in Station House, Minffordd [5] where they lived for many years. Paul used Moelwyn as his personal transport for a period in the late 60s and 1970s and the sound of its two tone horn as he commuted back from Boston Lodge to Minffordd long after all the other Boston Lodge employees had gone home was typical of the evening sounds on this section of line. Paul and Ann had three sons, John, Stephen & Colin. Ann worked on the buffet cars and later was supervisor at the "Little Wonder" café at Porthmadog. After Paul died Ann moved to Porthmadog and she died on Christmas Day 2003.