Another photo report from the old company site .....

The Porthmadog Harbour Station car park was to be resurfaced, and the need to move the plinth that Welsh Pony was sitting on - coupled with the fact that there was concern at the rate of corrosion on the locomotive, plus her deteriorating appearance - resulted in the company deciding to remove her for the time being and take the opportunity to carry out some work to preserve such an important part of the railway's heritage, rather than let her decay irrevocably. 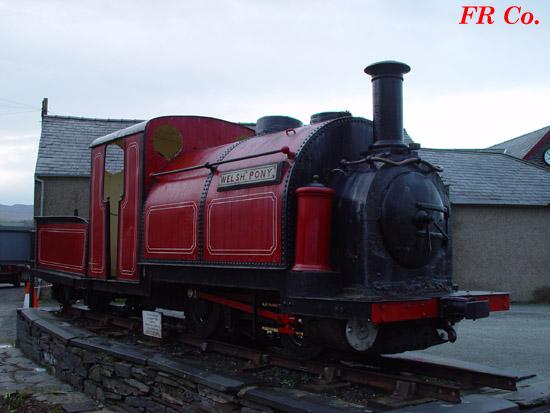 At 8.30 on the morning of the 12th March 2002, Welsh Pony was lifted from her plinth, where she has stood for many years, and placed on a low loader for the short journey to Minffordd Yard. Welsh Pony last worked in the 1930s, her boiler being condemned in 1938. Previously, she had received major overhauls in 1891 and 1915. She worked on all parts of the line but was also closely associated with the Welsh Highland Railway. 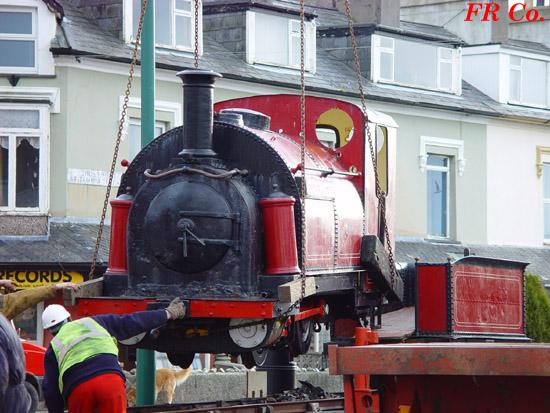 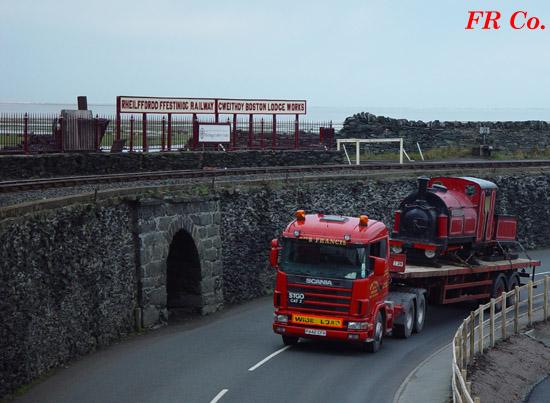 After her journey by road, she was unloaded in the yard with very little fuss, so returning to Ffestiniog Railway rails for the first time in a long while. Amazingly, after sitting for so long on the plinth in all weathers, with only a little oil in the axle boxes, her tender was very free running, surprising two people who had put their shoulders (and weight) behind it to give it a shove along the rails! Later in the day, the Loco and tender were coupled and towed across Minffordd yard, then propelled into the Maenofferen Shed. The wheels and motion all moved as designed, and had not seized up. 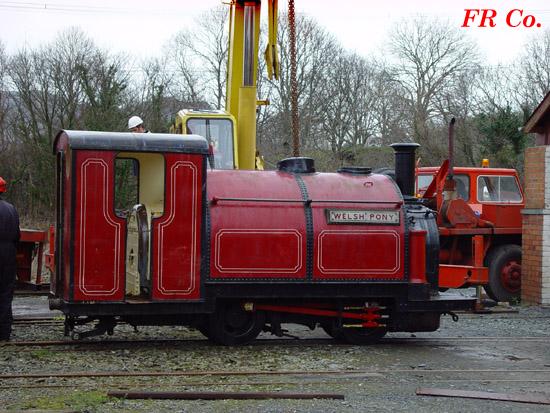 The intention is to keep Welsh Pony under cover while she receives both cosmetic and conservation treatment before her reappearance in the not too distant future.