Colonel Denis McMullen was an early friend of the reviving railway. He was one of H.M. Railway Inspectors. He gave a good deal of assistance to the incoming management but was not uncritical of their activities. He carried out an informal inspection of the FR with Alan Pegler, Trevor Bailey, Bill Broadbent and Leonard Heath Humphrys on 18th August 1954 (which was very soon after Alan Pegler took control of the Company on 24th June 1954).[1] On this day of pouring rain they inspected the line from Blaenau to Porthmadog by riding down to Tan Y Bwlch on a trolley where they had a picnic lunch. From slightly below Tan y Bwlch they had to abandon the trolley and walk. Afterwards they went to the Oakley Arms for dinner and refeshments and Col. McMullen gave his assessment of what they had seen. We know the gist of what he said because it is recorded in "Festiniog Railway Revival". It is worth quoting in full because it is a professional view of the task faced by the new administration on taking over the FR.

"He said that this had, of course been a first-class railway once: but he was appalled at what he had seen. He did not think that a wheel could possibly turn without the expenditure of at least £40,000 and he wondered if it was realised just what was involved. Nevertheless - the responsibility was the Company's, not the Ministry's and if it was decided to proceed, the Ministry would of course do all they could to assist. But the warnings were solemn and clear and the meeting was left with feelings at the lowest possible ebb."[2]

In fact this assessment was proved wrong as in only a few weeks and after negligible expenditure Allan Garraway, Bill Harvey and Morris Jones (1892) got the Simplex to turn its wheels.

Colonel McMullen inspected the railway formally on 21st July 1955 and gave permission for trains from Portmadoc to Boston Lodge with a maximum speed of 10 mph.[3] 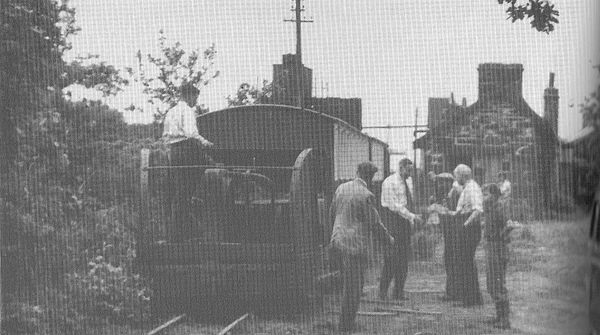 Alan Garraway reported that when Col McMullen made his inspection for reopening to Tan y Bwlch he got him to emphasise the need for consolidation before the FR tried to go further. Col. McMullen put this in his report and it took the responsibility from Allan and the FR Board for operating to Tan y Bwlch for several years before again trying to extend services.

Col McMullen's daughter was travelling in one of the four wheeled coaches of the Flying Flea (the short relief train hurriedly assembled with bug boxes) in 1958 when it derailed at Three Gates Crossing. The cause could not be established. The Colonel was very sympathetic over the incident, and consoled the FR with the fact that inexplicable derailments with four wheeled vehicles had caused troubles in India and elsewhere!

Col McMullen had heavy involvement with automatic half barrier (AHB) evaluation before they came to be installed on BR. In 1963 he became Chief Inspector of HM Railway Inspectorate.[4]