Creuau Bank is a 50' high dry stone embankment just up the line from Tan y Bwlch station on the Ffestiniog Railway. In some ways more impressive than Cei Mawr, it tapers vertiginiously to about seven feet wide at sleeper level. Whilst normally trespassers are told not to walk along the line due to limited clearances, in this case there is all too far to fall! A sign that used to hang nearby stated "Survivors will be prosecuted".

It was near here that the first stone of the railway was laid by W. G. Oakeley on the 26th February 1833. It was announced at the 2006 FRS AGM that a replica of this was to be made and possibly used in the promotion material of the "175" event. 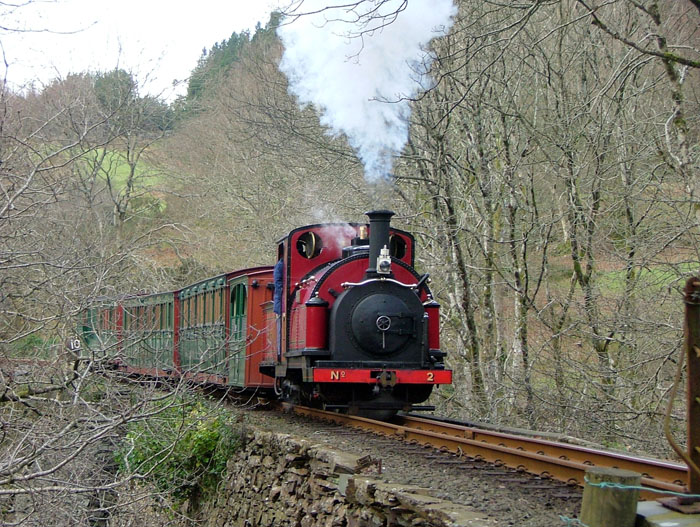