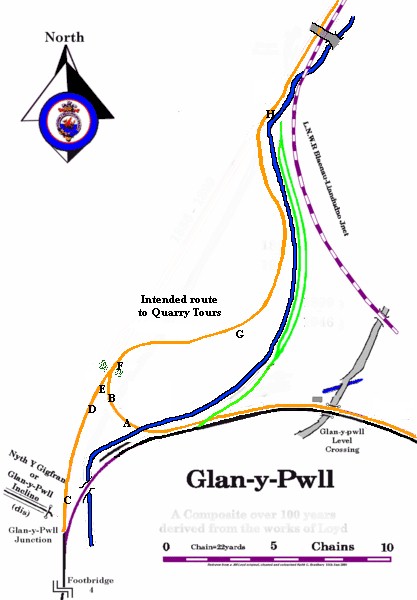 In 1975/6 there was a scheme to remove the Glan y Don slate tip from Rhiwbryfdir. Most of the slate waste removed went onto marshy land opposite Stesion Fein known as the Seven Acre Site. Much of the rest went to fill the area between the Afon Barlwydd and the 1836 Dinas Branch.

At that time there were hopes (and some still think there are) of relaying the tracks up to Llechwedd Quarry i.e. Quarry Tours. A shuttle service of trains would have operated from platform 3 at Blaenau Ffestiniog FR station to the foot of the Llechwedd incline at the head of the Dinas Branch. This would have entailed double track (or two single tracks) back to Glanypwll, hence the unused road bridge portal, and second track over the level crossing outside Glanypwll hostel, and a new bridge across the Afon Barlwydd just below Glanypwll depot, in effect following the 1880 link line alignment. The built-up land on the other side of the river would have been too high so a "cutting" was left in the slate waste. Another "cutting" would have allowed direct access from Tanygrisiau, nearly along the 1836 alignment. The line would have recrossed the Afon Barlwydd further up and rejoined the Dinas Branch 1899. It should be remembered that the Afon Barlwyd was also diverted in 1899 to run just on the inside of the diverted FR line. It is said that the curves left in the slate waste are too tight a radius but it would not require any major effort to ease them. In 2008, these cuttings were still as is shown in the following pictures.

In the plans for Blaenau Ffestiniog laid out by John Prideaux in FRM 244, it was stated that an option was being considered for a possible Dinas branch by the FR Co., with a short bay platform retained over the little-used platform 2. However, it is unclear with how much seriousness this proposal is being made.[1] 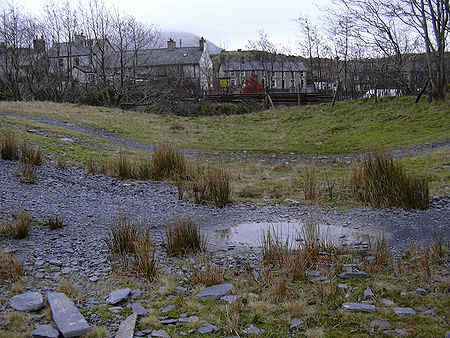 A The beginning of the new branch from Blaenau looking back across to Afon Barlwyd towards Glanypwll depot
*Date 25/01/08 *Photo: Jim Hewett 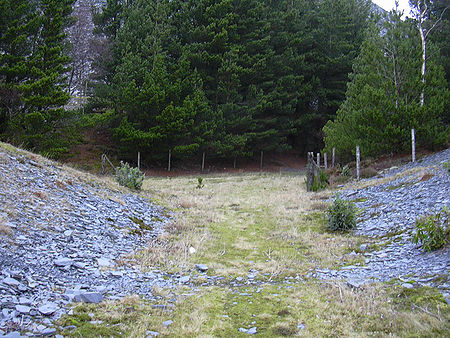 B 100yds or so on from the previous picture the junction with the direct line (on left) from Tanygrisiau in reached
*Date 25/01/08 *Photo: Jim Hewett 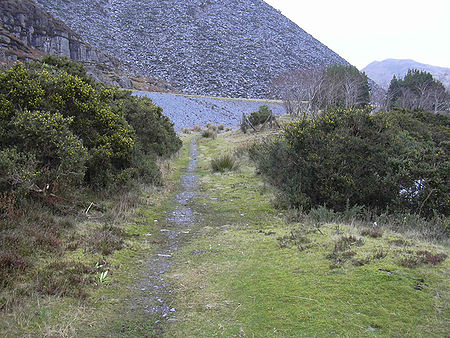 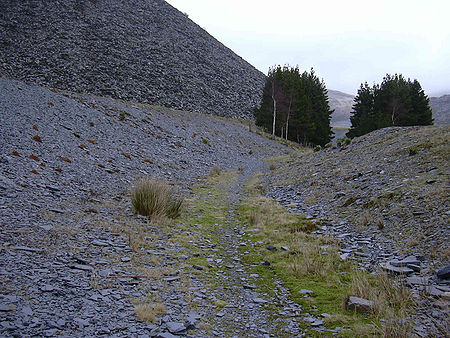 D A couple of hundred yards further north and we approach the junction with the line from Blaenau - just before the trees
*Date 25/01/08 *Photo: Jim Hewett 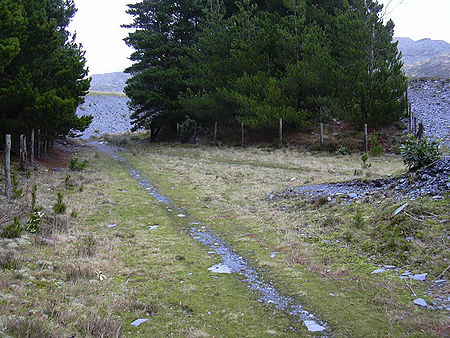 E The Junction of the two branches - the line from Blaenau comes in on the right
*Date 25/01/08 *Photo: Jim Hewett 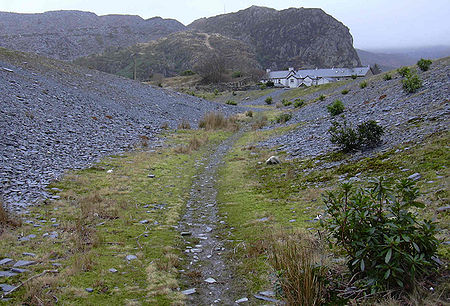 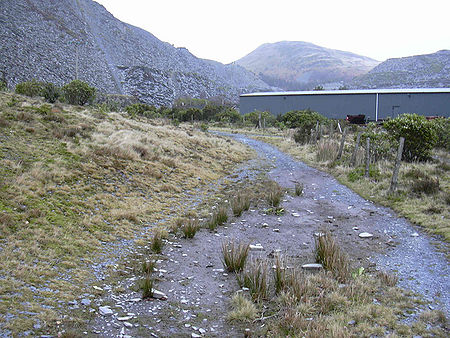 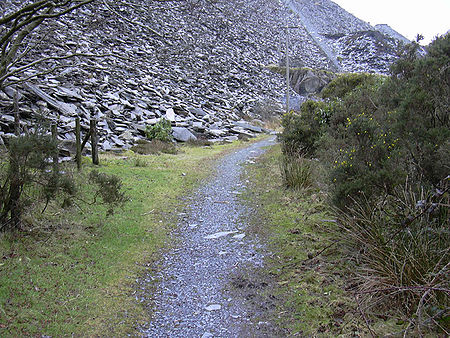