The idea of the Eryri Venturer started about 2008 when the London Area Group of the Ffestiniog Railway Society wanted to stage an event to try to boost its membership. It was thought that a return train running over the complete FR & WHR soon after the WHR fully opened would be very attractive and places on the train would only be available to LAG members or those willing to join. A date was arranged for late 2009 but this had to be cancelled as the WHR line was not finished. Another date during 2010 was suggested but that had to be cancelled also for the same reason. By late 2010 it was clear that it would be possible for the train to run in 2011 but only on a day when both lines were otherwise closed. The date offered was 25th March and that was accepted. It was soon clear that prospective passengers willing to join the LAG were not coming forward in sufficient numbers so conditions were relaxed a little. Bookings improved once it was realised that it would be the first train to traverse both lines in both directions in one day and this was helped but the fact that The Snowdonian, a week later, would cost twice as much to do much the same journey. It was only at this point that the organisers realised it was to be the first train. Kim Winter did all the organising and the train was fully booked some weeks before the trip.

The original intention was to use Merddin Emrys for the FR section and Garratt K1 for the WHR. It turned out that K1 was unavailable so Garratt 138 was used instead. The drivers were Nigel Muskett for the FR, Dave High for the outward WHR and Peter Lawson for the return. A last minute surprise was the addition of Carriage 123, a new top end observation car thanks to the extreme efforts of Norman Bond. The complete train formation was 100, 103, 124, 106, 120, 118, 107, 123

A packed lunch was included in the trip and Ron Walker generously added snacks and extra drinks. The train left Harbour Station a few minutes after the booked starting time of 9:30 in glorious sunshine which lasted all day. The train continued to be late for the whole FR but time was recovered during the Porthmadog stop and it remained on time for the rest of the day returning to Porthmadog at a few minutes before 18:00.

It was generally regarded as a very good day. 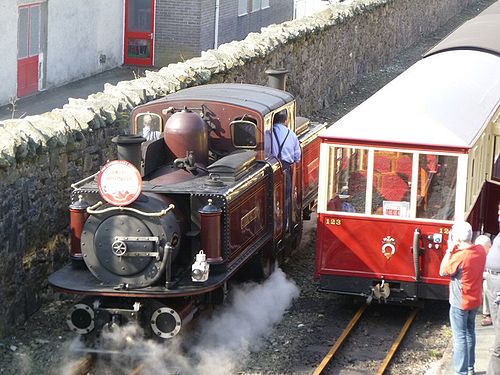 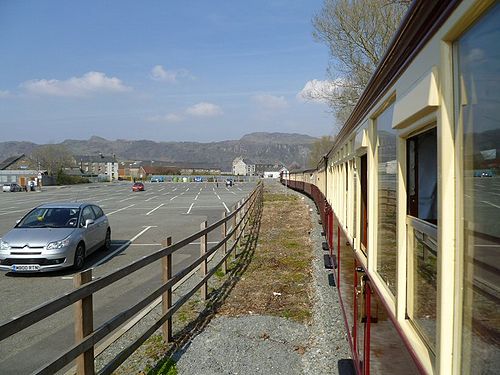 Running down from Rhyd ddu 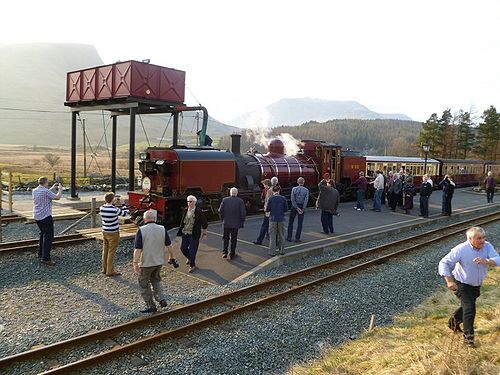