In 1782 Richard Pennant bought out the fifty-four leases he had made to allow various people to quarry slate on the Penrhyn estate. This was the key move which led to the centralised working that became the very large slate quarry at Bethesda, Penrhyn Quarry, to the South East of Bangor. Construction of a tramroad which included three inclined planes began in October 1800. It ran from a terminus, Coed y Parc near the quarries, to Port Penrhyn on the coast North East of Bangor. 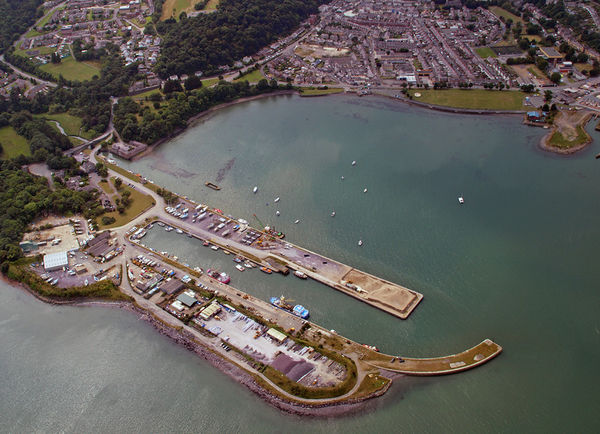 An aerial view of Port Penrhyn in July 2014

The gauge of the tramroad was given by Prussian engineers as 24 inches but this was probably from the rail centres. The original tramroad rails were 4 ft 6 inches long. Horse traction was used and the wheels had double flanges. Charles Easton Spooner surveyed a new route avoiding the inclined planes in 1877 and the new line was in use by February 1879. The gauge of the re-engineered railway was 1 foot 10.5 inches (ref: Festipedia, Linda page). There was a quarrymens' train but ordinary fare paying passengers were never carried.

The Perhyn Quarry Railway (PQR) is of particular significance for the FR because in 1961 negotiations were opened by the FR for the purchase of track materials (Penrhyn Quarry Rail) and the hire of Linda and then the purchase of Linda and Blanche. Their older "brother" Charles is the property of the National Trust and displayed at Penrhyn Castle. Hugh Napier, which is also owned by the National Trust, was used in the quarry rather than the PQR main line. 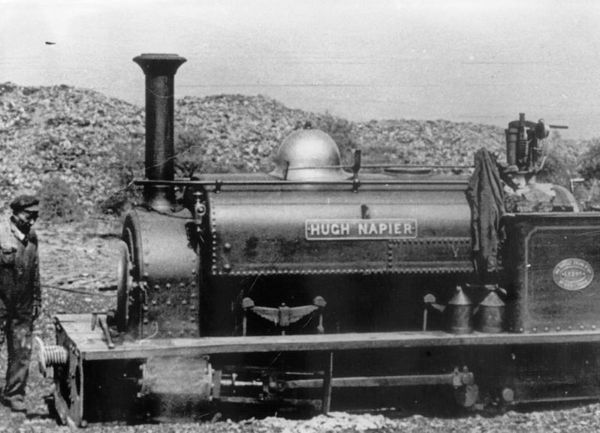 Hugh Napier is now (2015) normally resident on the FR.

The railway used stub points where steam locomotives were in use, which was probably related to the original use of double flanged wheels on wagons. In 1923 three Baldwin 2-6-2 steam locomotives were purchased. They had been used in France on the military railways of World War 1. All were withdrawn by 1927 but one survived to be exported to Queensland, Australia in 1940. In the 1990s, the locomotive was returned to Europe by French Railway Museum Tacot des Lacs and restored to original condition in 2011. (http://www.heeresfeldbahn.de/lokomotiven/usa/baldwin_2-6-2t/401.html) For more information about the Penrhyn Quarry Railway visit the Wikipedia page here [[1]] 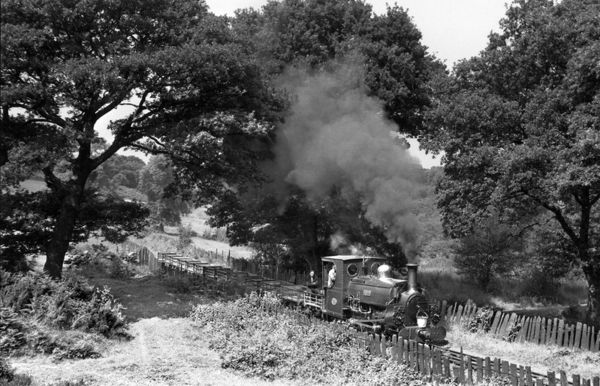 Linda on a PQR main line up train a few years before closure in 1961. Note the slate slab and wire fencing.