A 13hp Ruston & Hornsby 4wDM locomotive (Model 11/13hp Builder's number 201970 of 1940). It came to the railway from a Mr. H.A. Bierrum of Bierrum & Partners Ltd, Smallford Depot, Herts, on 27 February 1968, after an appeal by Dan Wilson in "Country Life" (November 1967). It was originally stationed on the lower end of the line and distinguished itself on 23 July 1969 by rescuing some carriages from a train at Minffordd following a derailment. Bunny Lewis was the only Deviationist to qualify as a driver whilst a volunteer. [1] 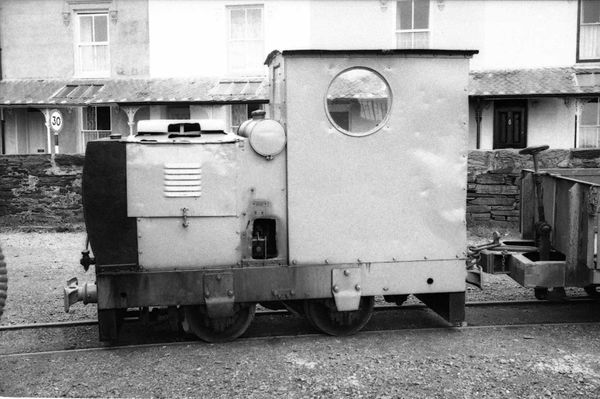 Later it was used extensively on the Deviation as well as transport for Tan y Bwlch Station Master John Harrison otherwise known as Lord North. During this period it received a new cab. It was sold to Mr A Gartell, Yenstone, Templecombe, in April or May 1991, for his Gartell Light Railway. It went to the Hayling Seaside Railway in 2005 where its current owner was a volunteer. It may also have been at the Hampshire narrow gauge railway trust at Bursledon brickworks in Hampshire. (Luckham 2016) In 2021 it is owned by a staff member at the Statfold Barn trust and arrived on that railway. (Hall 2021) It may return at some point in the future to Hayling Island.[2]

A photograph of it out of use in Minffordd Yard in 1990 can be found here. Next to it are the remains of Andrew.