In 1997 Winson Engineering supplied a tracklaying gantry built on the underframe of DZ wagon 1403, which was used on Phase 1 of the WHR reconstruction. It had pneumatic lifting tackle which could lift a panel of track off a flat wagon behind, move it forward and lower it into position ahead of the track the gantry was standing on. It worked quite well on this section which had only gentle curvature, but was unsuited to the sharper curves of the later sections. Also it would not have cleared the overbridges. It was eventually dismantled in 2006 and the wagon underframe made available for re-use. 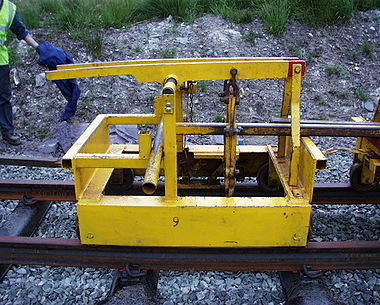 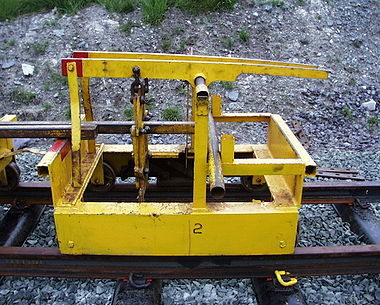 Several pairs of these were made at Dinas and used on the project. Their function is to lift rails, deliver them to the Head of Steel, and slide them into position for fastening to sleepers.

The two photos above are the two Roland Rail Movers used during Phase IV Tracklaying by the Rest of the World Gang which included members of the Imperial College Railway Society during the weekend 17th/18th June 2006. 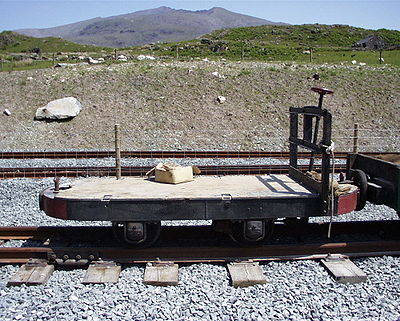 Formerly an ammunition wagon (similar to the Hudson Crate Waggons), this was converted to a flat and donated to the Railway by Mike Hart[1]. This was one of the two wagons (the other was EAG 3) attached to Dolgarrog and used for transporting materials to the rail head on 17th & 18th June 2006, and indeed for most of the Phase 4 tracklaying. It carried no number. 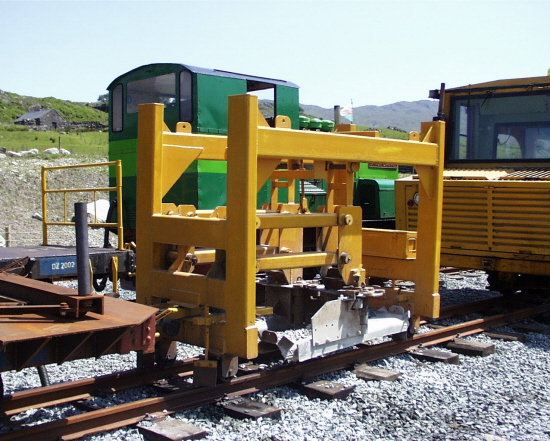 The Ballast plough was constructed for assisting the completion of Phase 3 The plough helps with creating proper ballast shoulders during the tamping and lining process. It was constructed by WHLR staff in March 2003. It is sometimes known as 'Daffodil'.