Ffestiniog Goes Back To Coal 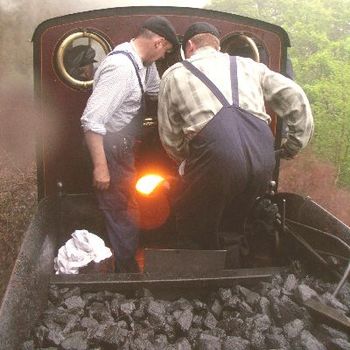 During a guest driver charter on 26th May 2006, a footplate experience guest takes on the challenge of firing Palmerston - a vintage locomotive working hard on the railway it was built for.

The Ffestiniog Railway and Welsh Highland Railway (Caernarfon) have been dependant on oil fuel for all scheduled trains for many years. Whilst the original Ffestiniog locomotive Palmerston (1864) was restored as a coal burner in 1993, its use has been restricted to special occasions.

The Ffestiniog converted to oil-firing in 1960s to limit the number of line-side fires in the Snowdonia National Park (and the fines that could result from them). Recent oil price rises forced the railway to reassess the situation, leading to trials during 2005 with single Fairlie Taliesin, which was built in 1999 to be convertible between oil and coal. 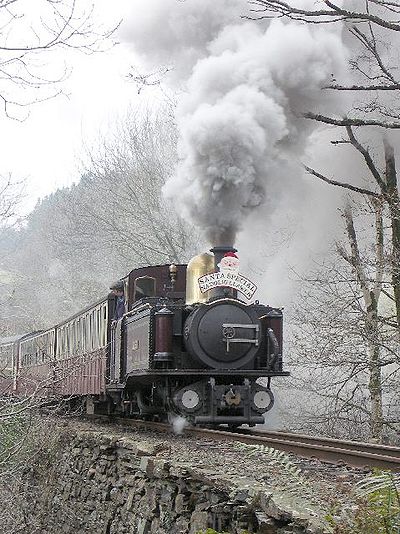 On the 10th of Dec 2005, Taliesin, starts a loaded Santa special away from Tan y Bwlch.

Trials with Taliesin on winter and Santa services were highly successful and the decision was taken to convert a double Fairlie for the main 2006 season. Earl of Merioneth was converted in early 2006 and following trails during May, entered service on coal on the 27th of May and has continued to work, very regularly, through the peak season. This was the first time the locomotive had run on coal, having been built by the railway at its Boston Lodge works as an oil burner in 1979.

The trials with Taliesin and Earl of Merioneth showed in 2007 fuel cost savings of 50%-60%; higher than expected. An average days work for a double Fairlie burning oil costs £370, compared with around £170 when burning coal. (Two years ago the oil costs would have been around £170 too!). However, in 2009 oil costs are down and coal up so no further changes to fuel type are being anticipated in this year.

Self-cleaning spark arrestors have been fitted to the coal locomotives: Palmerston, Taliesin and Earl of Merioneth and this has also resulted in Palmerston seeing more use.

Recently, the Ffestiniog has regularly had 3 double Fairlies and the single Fairlie on the locomotive roster for the same day, 2 of which have been burning coal. This is the first time ever that 4 Fairlies have been in regular service together.

At Boston Lodge during winter working parties 2006/2007, Merddin Emrys was converted to coal with a new design of inward opening firedoors to give the fireman more room in the restricted cab of a double Fairlie. It ran its first trains as a coal burner at Easter 2007. The inward opening doors were not successful and so swing doors were fitted later in 2007. 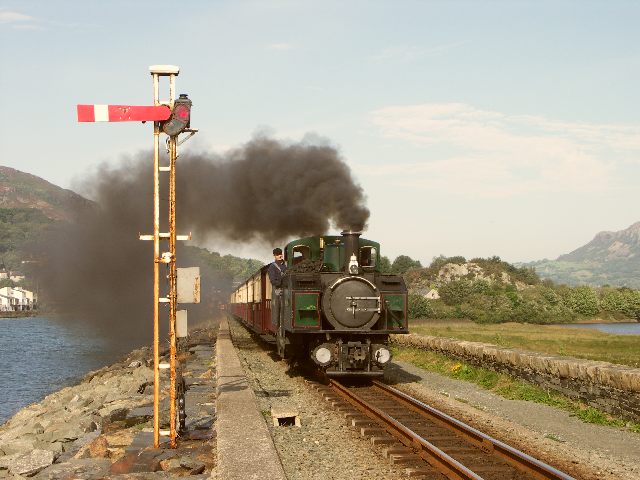 Earl of Merioneth accelerates away from Porthmadog station across the Cob with the first train of the day on 9th Sep 2006.

During winter working parties 2006/2007 at Dinas, the oil firing equipment from K1 was removed. New bunker (including greedy bars), grate and fire doors were fitted and K1 entered service on coal on the Welsh Highland Railway (Caernarfon) in 2007. NGG16 Number 87 is coal fired as it enters service on the WHR in 2009. Arrangements for this are starting to take shape at Dinas with the installation of a coal bunker to store 100 tonnes of coal and a tractor to load up the locos. 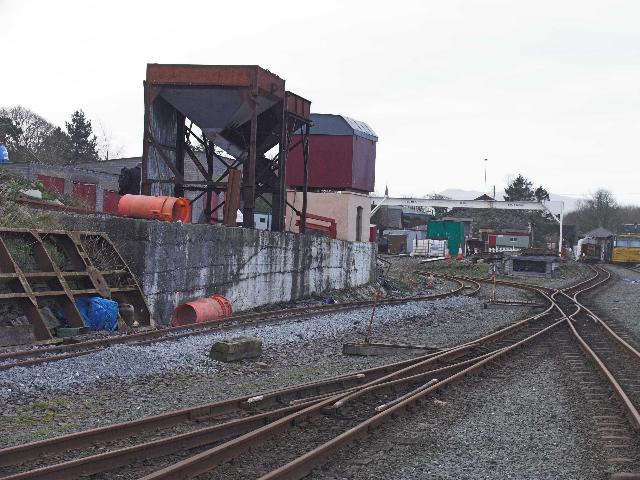 From an original article in The Railway Herald Edn 64, Dec 2006 (images by Tim Goodspeed)