Captain Sir Henry Whatley Tyler R.E., Assoc.Inst.C.E. was a prominent figure on the Victorian Railway scene. As well as becoming chief inspector of railways he was a proponent of narrow gauge and mountain railways, such as the Festiniog. He later became a conservative member of Parliament.

Tyler was born in Mayfair, London the son of John Chatfield Tyler and attended the Royal Military Academy, Woolwich.[1] He joined the Royal Engineers and in 1851 was a lieutenant called upon by Henry Cole to assist with the organisation of the Great Exhibition. In 1860 he donated a set of prospectuses to the State Library of Victoria.[2]

Tyler was appointed an Inspecting Officer for Railways in 1853 a function which is normally carried out by Royal Engineers officers, holding the position for 24 years.[3] He not only inspected new railways and investigated accidents, but as a Civil Servant, carried out a number of non related activities. He became its Chief Inspecting Officer in 1871 and held that position until 1877.[4]

His expertise was called upon not only in the UK but also in various locations in Europe. In 1866 his inspection of the routes through France and Italy and report to the Postmaster General on their availablities, led to the adoption of Brindisi as the route for the Indian Mail. In 1867 he investigated the water supply of the City of London following an outbreak of Cholera. Retiring from the Army (Royal Engineers), in 1868 he spent two leave periods building the first railway in Greece from Athens to Piraeus. By 1871 he was promoted Chief Inspector of Railways, and his annual reports, published as Blue Books, formed internationally recognised text-books of great value. In 1875-76 he was a leading and enthusiastic member of the abortive Channel Tunnel Commission.

On retirement from the government post, he became President of the Grand Trunk Railway of Canada in 1877 where he established a successful working relationship with Sir Joseph Hickson.[5] He was also chairman of the Westinghouse Air Brake Company and Deputy Chairman of the Great Eastern Railway Company.[6]

Involvement with the FR[edit source]

His connection with the Festiniog Railway started with an inspection for the 'Lords of the Committee of the Privy Council for Trade' on 27 October 1864, shortly after the introduction of locomotives, and commended the FR Co's speed restriction of 10-12 mph, reducing to 6 mph on sharp curves, though he comments 'I have myself run over portions of it [the FR] at upwards of thirty miles an hour.' His report of 1864 required the fitting of window bars to carriage windows among many other things.[7].In his report to the BoT, he also suggested that the FR should investigate the use of longer bogie vehicles especially for passenger carriages, and the provision of trailing wheels for the locomotives. After the FR had met the requirements of his report, he gave leave for public passenger services in 1865 [there is no evidence in the PRO for a further visit], the FR being reputedly the first narrow-gauge railway in the world to carry passengers. Later, the trade paper, The Railway Times, reported that the Captain had on April 11th 1865 read a paper (based on his Board of Trade Report) at the Institute of Civil Engineers with the title The Festiniog for Passengers  as a 2 foot gauge, with sharp curves, and worked by locomotive engines. For this he received a Telford medal and a premium.

He was also present during the FR Loco trials in 1870, in a dual role, as a representative of the Board of Trade, and as an advisor to the Imperial Russian Commission, for which he received from the Czar a gold medal granting him the freedom of the Russian Railways. He later reported, on 4 March 1870, that in the matter of speed limits, the track having been relaid with heavier rails, that the question of speed might now properly be left to their own discretion.... but with confidence that they will keep well within that speed, and allow ample margin for all contingencies, such as cannot always be foreseen, even under the most careful management.

In respect of the Festiniog and Blaenau Railway, on 26 May 1868, he was sterner: 'I think it only right to remark, as I have already done personally to some of the directors on the spot, upon the question of speed, as connected with lines of this description, because I have observed and have otherwise reason to believe that there is a tendency to run undue risk in this respect....Those who work on them from day to day....are too apt to increase the speed of the trains; and they may do this for a time with impunity; but they will in so doing meet sooner or later with very disastrous consequences, unless they are checked in this respect....and they will thus bring discredit upon a system which is very convenient in this particular district, and which may under proper control be worked with safety and efficiency.'

In 1964, Michael Seymour was put in touch with Sir Henry's grandson, Lt Col. Tyler who subsequently made available the memoirs of his Aunt, Miss M.L. Tyler (one of Sir Henry's twelve children). These are now held in the FR archives, and extracts was published in the FR Magazine.[8].

At the 1880 general election, Tyler was elected as Conservative Member of Parliament (MP) for Harwich in Essex.[9] In 1885 he was elected at Great Yarmouth, but lost the seat at the 1892 election.[10] In 1893 he gave up the presidency of the Grand Trunk Railway Company. 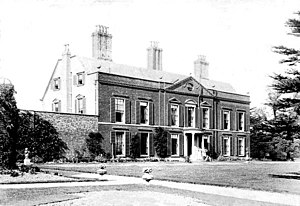 Tyler married Margaret Pasley, daughter of General Sir Charles Pasley, K.C.B. in 1852. He was interested in homeopathy and contributed large sums of money for the expansion of the London Homeopathic Hospital. His daughter Margaret Lucy Tyler (1875–1943) was a student of James Tyler Kent and became one of the most influential homeopaths of all time[12]

In 1865, Tyler was an Associate of the Institution of Civil Engineers. [13]