From Festipedia, hosted by the FR Heritage Group
(Redirected from 1930's Train)
Jump to navigation Jump to search

The 1930s Train was created to represent the passenger trains running on the Festiniog Railway, in the period when the railway was run jointly with the Welsh Highland Railway (to which it was connected). The carriages of the 1930s train carry the austere livery of unlined green, with red ends and solebars, which was carried by the carriages of both railways at the time. This livery is often referred to as "The Colonel Stephens Livery", after the man who managed both railways. Although the train represents the railway of the 1930s, the carriages used are all much older and date from as early as 1864. The make up of the 1930s train varies, depending on demand and carriage availability, but can consist of the following Vehicles:

The 1930s train is used during gala events and previously for The Talking Train. Otherwise some carriages are used to strengthen ordinary service trains during the peak season. For the WHR Superpower event 2005, a modified 1930s set, christened the Colonel Stephens set was formed, consisting of Van 2 - 23 - 1 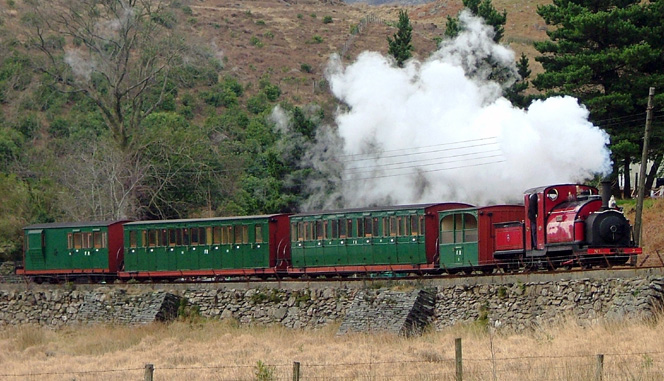