The Ffestiniog Railway carried quarrymen to work in specially built carriages. Initially the quarryman's train ran to Blaenau Ffestiniog, early on a Monday morning, and was stabled there for the return working on Saturday lunchtime. The men stayed in barracks at the quarries during the week. Later the train ran each working day.

The first quarryman's carriages were little more than open waggons with seats. A second generation provided sides and a roof, but no doors. Carriage 8 is an example of the third generation of quarryman's carriage. Built by the Ffestiniog Railway at Boston Lodge, the seating is arranged around the sides and end of the vehicle, and in the centre of the floor over the brake cylinder.

Carriage 8 is the sole survivor of the third generation of quarryman's carriage although another exists in converted form as a brake van (Van 6).

It originally re-entered service in 1961[1] with panelled sides, but was fully rebuilt to a more original condition in 1991/2. 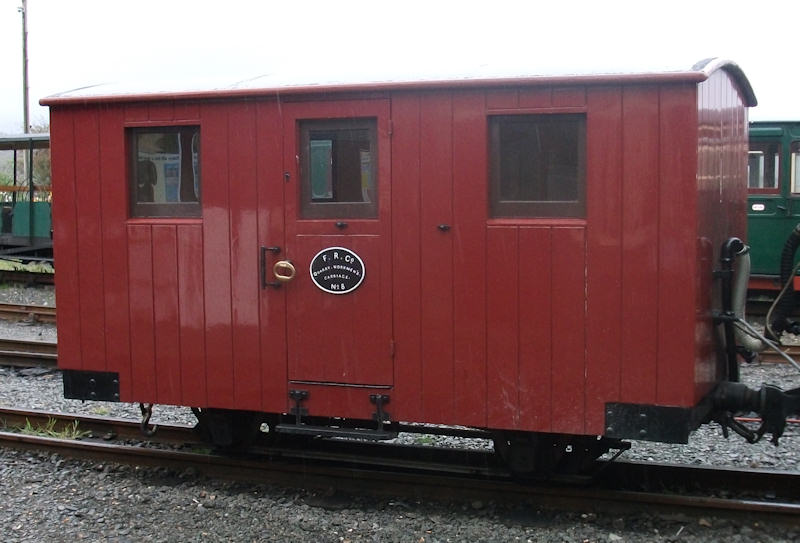 Making an appearance at the Quirks & Curiosities event in 2010