Site 1 was where the Deviation turned off the original alignment and was the first part of a curving embankment across a marshy area. The other end of this embankment was built from Site 2. The authorised route refers to this location as Cei Bog.

It was geographically the start of the Deviation but was not the first part of the Deviation to be started (that honour fell to Site 3 and was commemorated by the Deviation Stone), but it was well under way by early 1967. It was fed from a quarry at the north end of the station, and later from the Site 0 widening works at the back of the station. It was different from all the other sites in that it did not have a cutting of its own.

The two embankments joined in Summer 1969 but there was some levelling & widening to be done after this date. 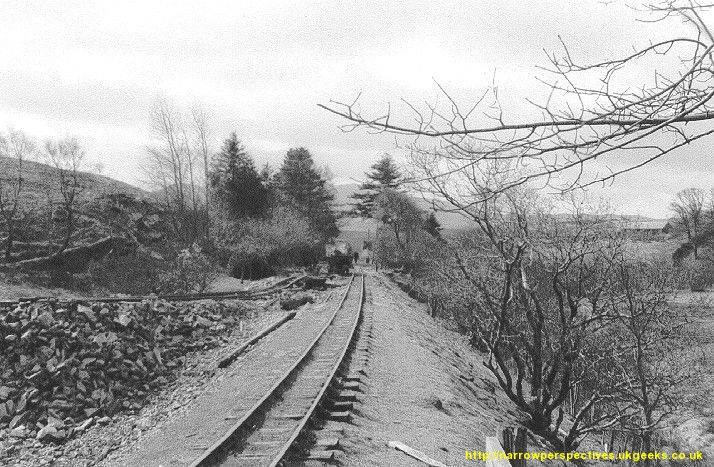 Where the Deviation leaves the old route 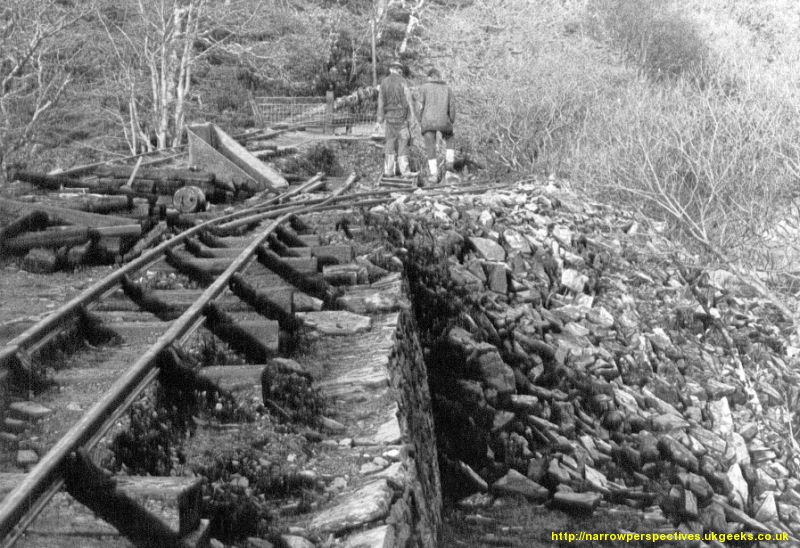 An earlier shot (1966?) taken from the opposite direction to the one above 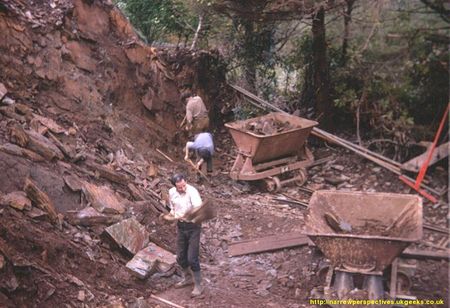 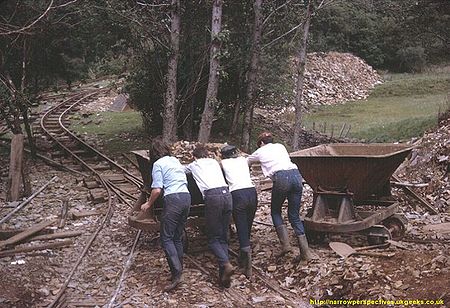 Spoil from Site 1 quarry is moved to the tipping area 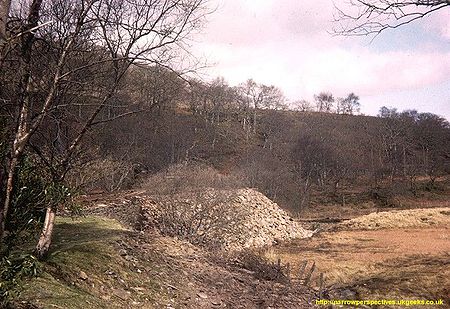 Site 1 embankment stretches across the bog towards Site 2 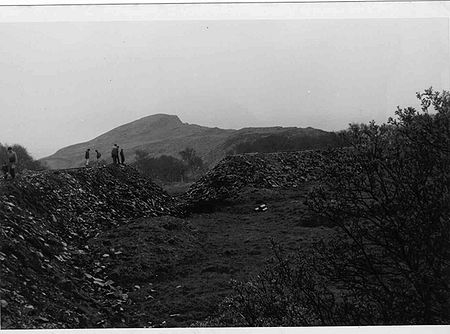