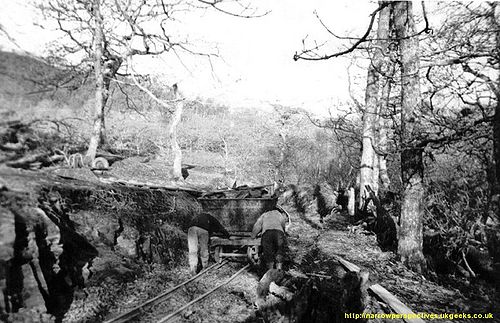 Site 2 was the northern end of the cutting on the eastern side of the spiral. The tipping area was in a boggy area to the north of the site, which tip eventually joined up with the embankment formed at Site 1.

Site 3 was the southern half of the same cutting, tipping towards Rhoslyn Bridge. The two cuttings had met in January 1967 but 3 was (intentionally) not then full depth, and was worked down to final level from the Site 2 side, this work being completed in Summer 1969. On the authorised route, the cutting is named Spiral Cutting. 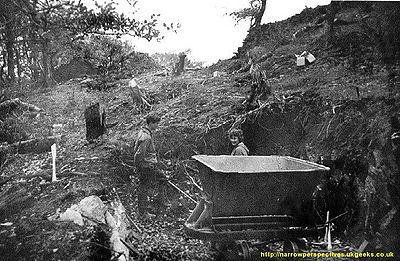 Digging out cutting at site 2 in early days 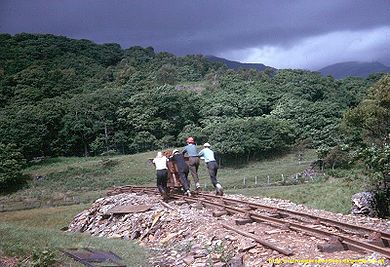 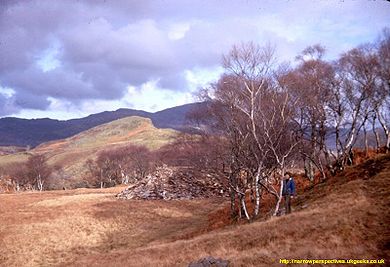 Site 2 embankment about half completed 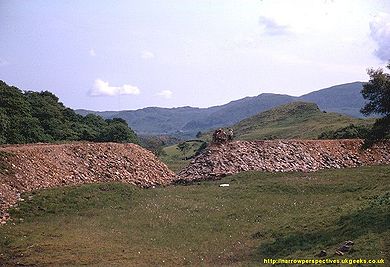 Sites 1 & 2 embankments approach each other

The area in front of the fourth picture has since been filled in (with rock from the new Moelwyn Tunnel), and is now where the extra sidings are at Dduallt.