The Deviation sites were initially numbered starting with 1. It was then realised that two other sites nearer Porthmadog were needed so these were numbered 0 and -1, the latter involving widening the top end of the cutting south of Dduallt station site so that a passing loop could be installed with the points as far south as possible.

FRM37 (Summer 1967) recounts "Just after Easter the top end of Dduallt cutting was blasted, in preparation for the new passing loop. Known as Site -1, the main line was cleared again within a fortnight and the widening is now well in hand". There had been a footbridge over the line at this point but this work removed its eastern abutment. 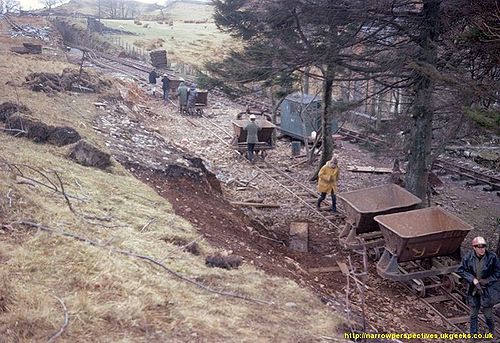 Widening the station site 1966. Site -1 in the distance. The western abutment of the old footbridge may be seen. Work in the foreground is Site 0.