This was the site number given to the works at Rhoslyn Bridge. The original plan was for the bridge to be an elegant stone arch spanning the walls of the cutting just south of an existing footbridge which was to be retained. An illustration in FRM 24 shows an artist's impression of this attractive scene. Unfortunately it transpired that the rock of the cutting walls was not stable enough to support an arch, and there was a shortage of volunteers with arch-building experience. The alternative finally adopted was to cut back the cutting walls at the bridge site and build concrete columns from the lower track level to support three spans of reinforced concrete beams. The columns were installed in January 1969.

It was also found necessary to widen the cutting at its northern end to allow for a longer passing loop. This widening became known as Site -1, and sadly resulted in the removal of the old footbridge. 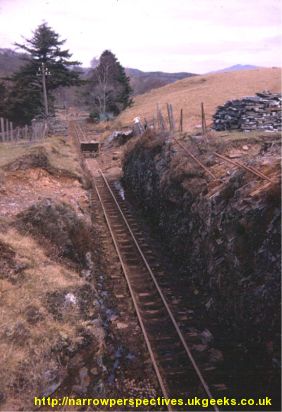 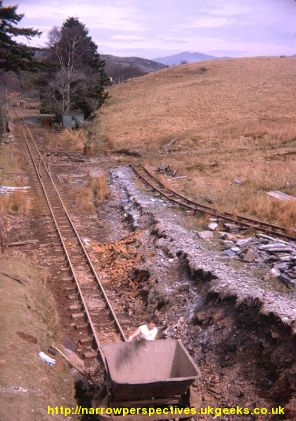 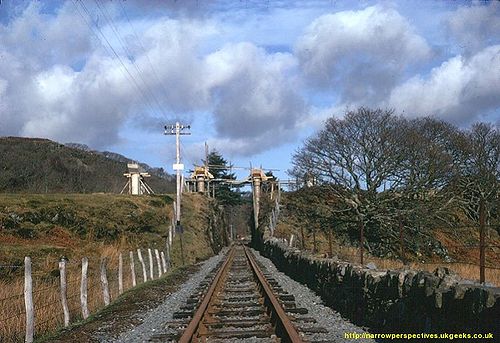 State of Bridge works in April 1969 with concrete columns completed.