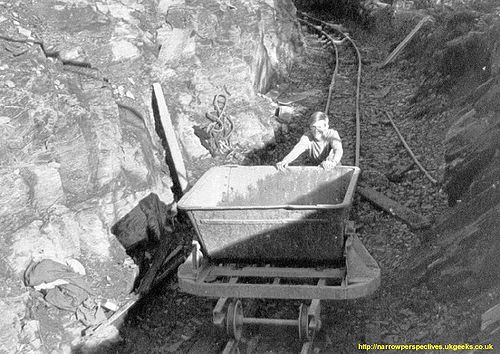 Site 3 cutting nearing completion and running through into Site 2

Site 3 was the southern half of the cutting on the east side of the spiral and eventually broke though into Site 2. It was the first site to be worked (January 2, 1965) and this is commemorated by the Deviation Stone. It was not initially cut to full depth as a blind cutting on a falling grade would have filled with rainwater, so when it met Site 2 in January 1967 its floor was three feet higher than Site 2. It was worked down to final level from the Site 2 side, completing in Summer 1969. On the authorised route, the cutting is named Spiral Cutting.

It was the longest site on the first part of the spiral and eventually reached almost to Rhoslyn Bridge, forming most of the embankment known as Cei a'r Bont, which nevertheless had to be completed from Barn Site across the bridge. 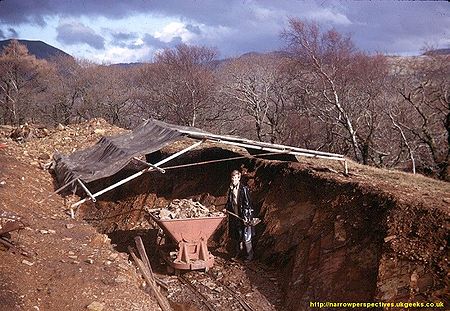 Site 3 cutting, February 1966, an early stage before the cutting was taken to its full depth. The cover enabled the worst of the weather to be avoided 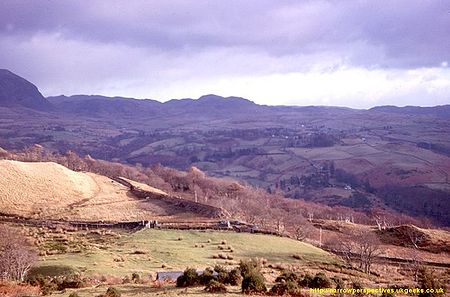 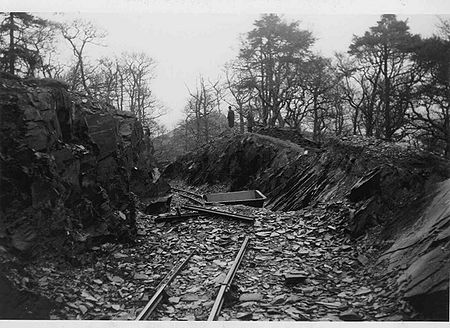