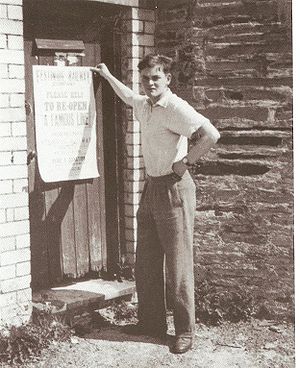 Called the first meeting of the FRS Midland Group, at his fathers house, in Edgbaston, Birmingham in 1955.

Yieldingtree Railway Museum at Bleadon & Uphill Station near Weston Super Mare was run by Bob Smallman in the 1960s. The origin of the museum was that the station was adjacent to his house and when it became an unstaffed halt he was able to rent it for the purpose. (Fairlie, 1964) Pride of place in the big exhibits was the 1893 Kitson Cardiff Railway No. 5. 0-4-0 saddle tank, later GWR 1338. There were also many narrow gauge exhibits including from Ireland. The museum was advertised in Ffestiniog Railway Magazine No.28. in the Spring of 1965.

Assistant to Harold Creamer on the Railway Letter service when it started, and assisted set up of other railway letter services. 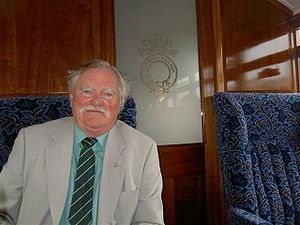 Owner of the "Custom House" Britannia Terrace in Porthmadog, opposite Harbour station.
this building housed the Custom Officials in the days of the slate trade, from the first floor widows they could see the sailing ships being pulled into harbor by the steam tugs. now obscure by the houses on the slate quay.

Life Member, silver medal holder and 60 year service badge. For his account of early visits to the reviving FR see The Pioneers' Stories. [1]

Involved with the Legacy project of the Railway Trust.

As one of the Archivests, keeps the Railway Press cuting books.

Fairlie No 3. (1964) The newsletter of the FRS Bristol Group, no author quoted.