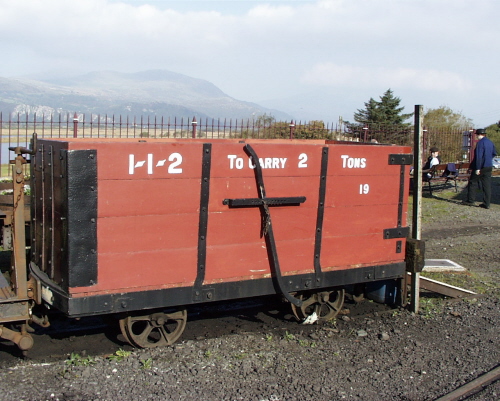 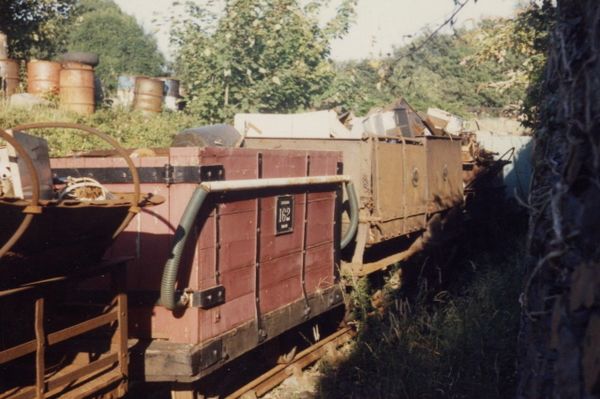 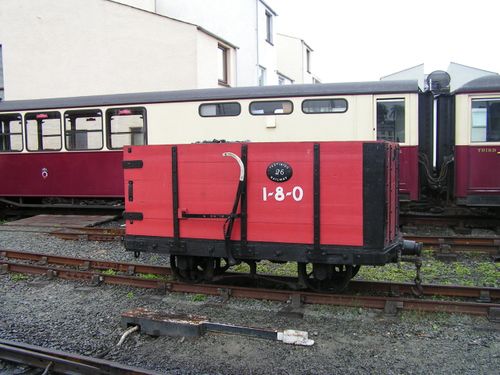 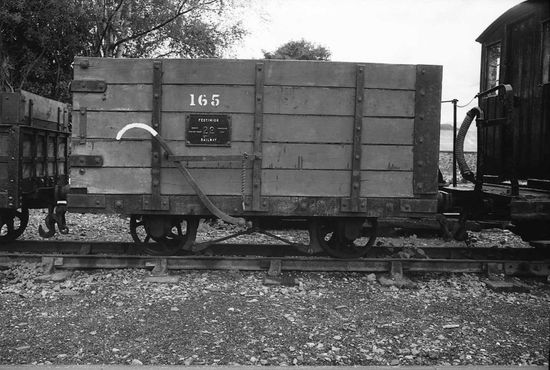 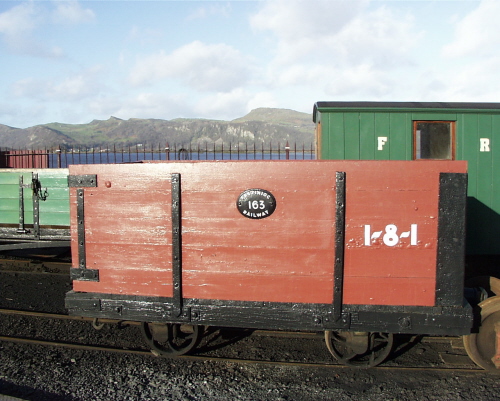 Out of use by 2002, solebars and spine failing. Dismantled March 2020 by trainee on HLF 'Skills for the Future' programme, to be subject to a comprehensive rebuild with new woodwork throughout. To be fitted with new curly spoke wheelsets and replacement brasses due to heavy wear. 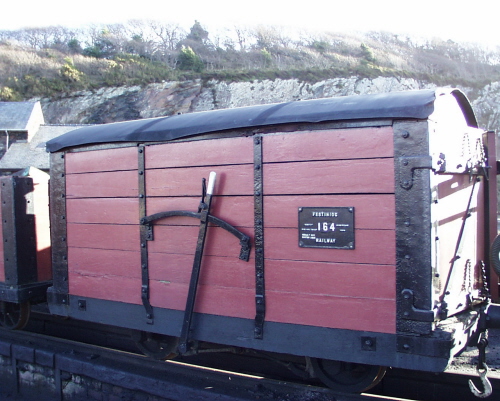 164 -1967 No. (Old FR No. ?) Served for a number of years as the modern day 'breakdown' van for storing jacks, packing, crowbars, etc. At which time it was fitted with a removable roof, since discarded. Waggon 164 is in store at Minffordd Yard awaiting repairs to its headstocks before returning to running order as part of the heritage goods train. Previously listed under FR covered goods vans. 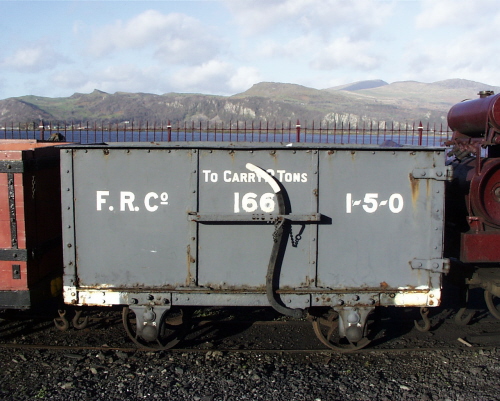 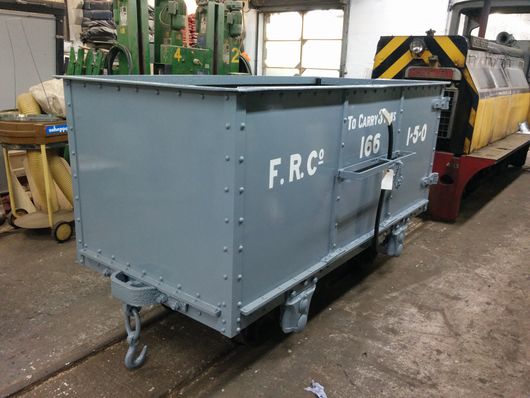 Major rebuild in Summer 2014 by Slate Waggon team including largely new under frame produced from laser cut parts, in the process some lost original features were restored. Currently awaiting new wheelsets to non-standard design before returning to service. ,***, Notes compiled, in the main, from several published Ffestiniog Railway sources.

The 1-8-0, 1-8-1, 1-5-0 etc. numbers on the sides of these wagons are the 'tare' weights, expressed in tons, hundred weights an quarters (of a hundred weight) and represent the weight of the empty wagon. When a loaded wagon was run over a weighbridge the tare could be deducted from the recorded weight by the clerk to give the weight of the load, from which the Company would calculate its bill. (ACG)