These modern free-running bogie waggons are part of the Howesian ethos of modern, efficient track renewals.

Ex-Ministry of Defence Narrow Gauge Flat (NGF) Robert Hudson Railtrux bogie "wagons" (Hudsons appear to use only one "g"!), acquired for the Permanent Way Department in the late 1990s. Two were purchased by the Moseley Industrial Railway Society.

They are hand-braked by levers mounted on both sides of the bogie, unlike the more usual screw on handbrake fitted to Locoals and Bocoals. Both bogies were originally braked independently. The handbrake lever and brake rigging has been removed from the Caernarfon-end bogie by the FR to prevent a brake being left on accidentally, which could result in a flat wheel. The handbrake is only ever applied to one side of the waggon for the same reason.

A further batch of slightly longer "wagons" were acquired on-loan in 2002, though the wheel back-to-back dimensions on these were too narrow for use on the FfR so after de-mobilisation, they remained in store.

MoDs are used regularly for transporting materials such as rails, point components, pallets of track fittings or stacks of sleepers. They are often used in sets of two, four or eight to transport long loads of rail. To this end they have been fitted with "pots" for mounting stanchions to hold the load in place. They are connected by 6-8ft long bars of old, yet still sound, double head rail.

Even such a small batch has detail differences to appeal to the hardened rivet counter. Half have bogies with a hole for mounting a shorter close coupling link in the dumb buffing plate. These have the dumb buffer painted green, to distinguish them from those without with red buffing plates. 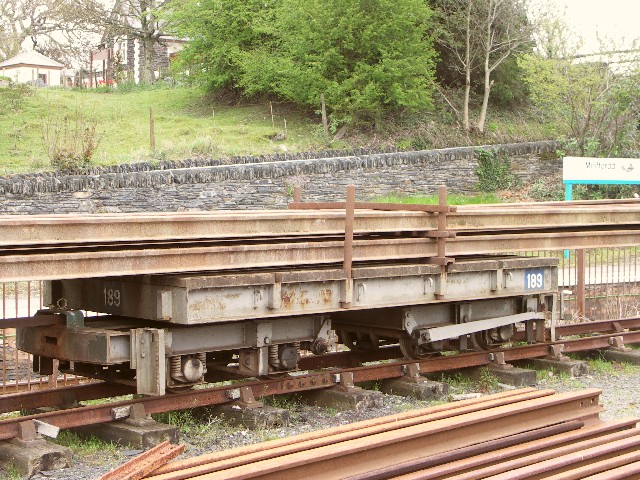 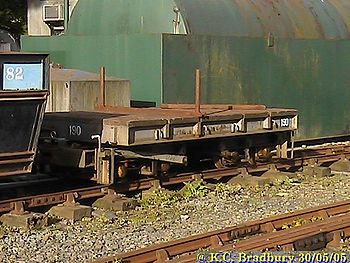 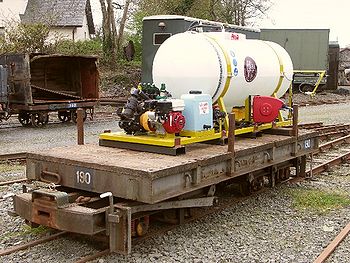 A year later with weed-killing apparatus 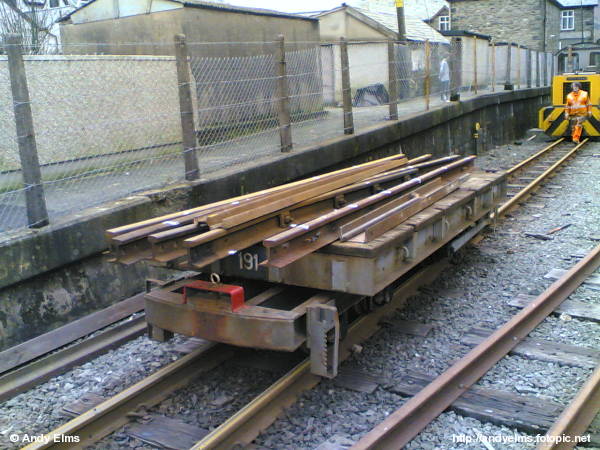 MoD bogie flat waggon 191, with frog components at Blaenau Ffestiniog, being used during the removal of Dorfil Siding 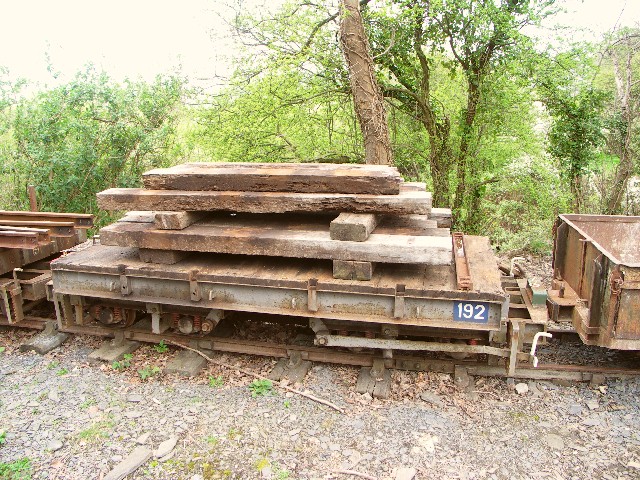 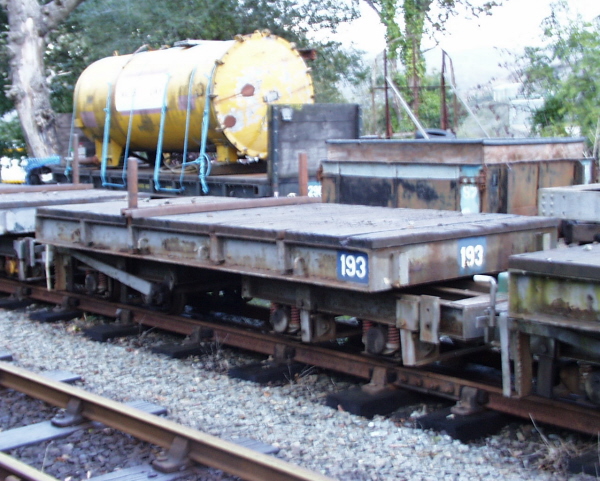 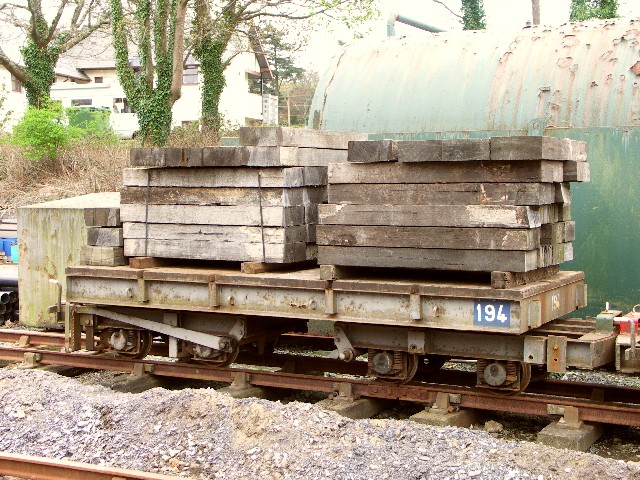 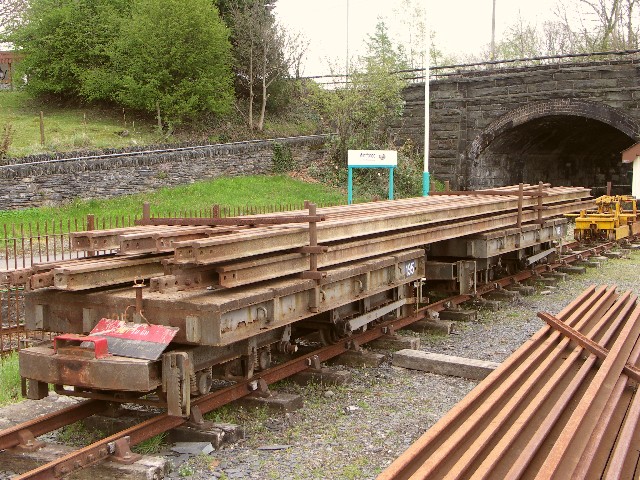 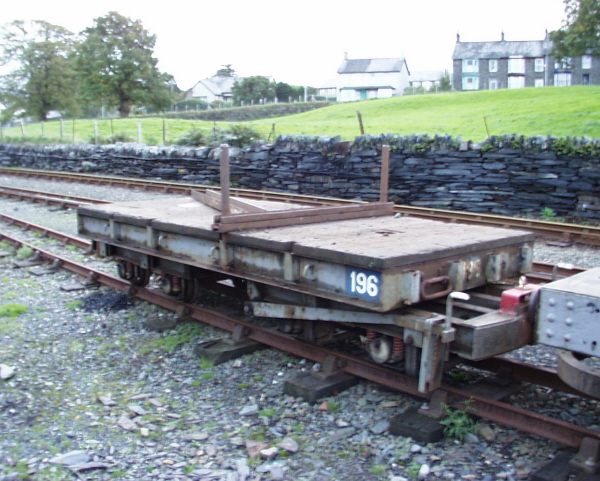