When the London and North Western Railway opened its line to Blaenau Ffestiniog in 1879, part of its purpose was to abstract as much as possible of the FR's slate traffic. Much was sent by rail in the conventional fashion but at this time a significant amount of the FR's trade was shipped out by sea from Portmadoc. In order to compete with this seaborne trade the LNWR developed a wharf at Deganwy near Llandudno, and to minimise handling built a stock of 2-ton narrow gauge slate wagons which could be loaded in the quarries and then carried on special standard-gauge transporter or 'Host' wagons from Blaenau to Deganwy where they could be unloaded directly into ships.

In fact the scheme was never a great success as the seaborne trade was then declining, but several of the LNWR slate wagons survive. They were also used for traffic between the quarries and the private exchange sidings for Oakeley and Llechwedd near the LNWR tunnel mouth. They were not intended for traffic on the FR main line to Minffordd or Port. 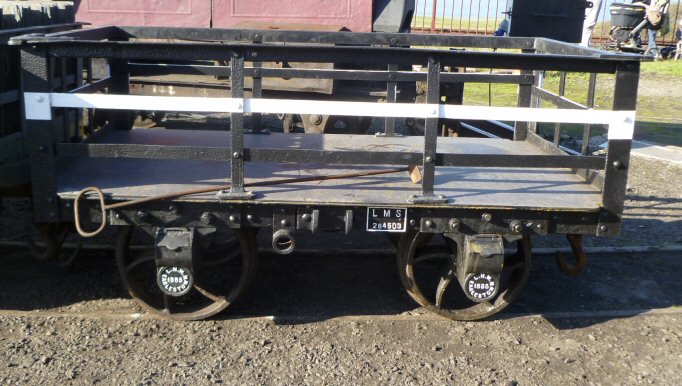 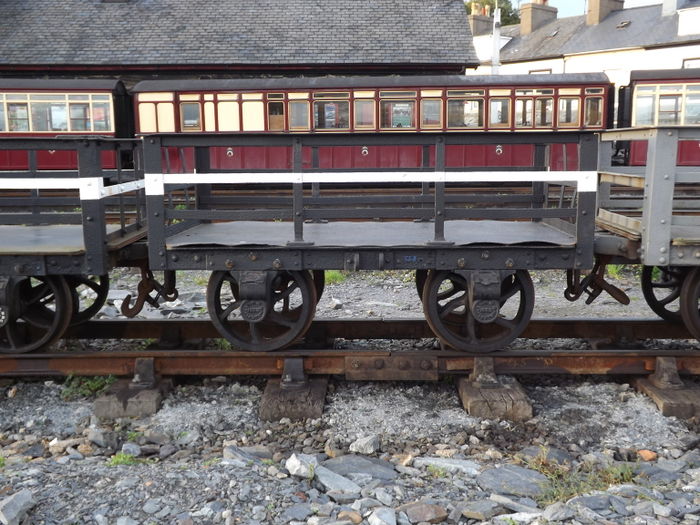 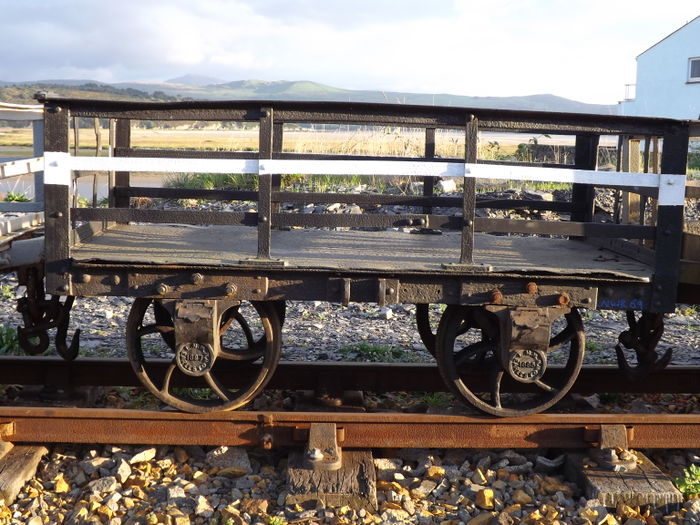 They are generally similar to FR 2-tonners but differ in points of detail, such as the axlebox castings which feature 'LNW Earlestown' and the building date. A total of 250 were built, 100 of which had handbrakes. At least three are now on the FR (including LMS 284503, recently overhauled) and others are on display at Llechwedd Slate Caverns (the part of Llechwedd Quarry open to the public).

There were also 50 high-sided wooden-bodied coal wagons, with one end door, purpose-built, not converted from the slate wagons. The underframes are similar and some of these are at Llechwedd (see iBase 103). One has recently (2014) been acquired by the FR.

None of the standard-gauge host wagons has survived, but they were LNWR Diagram 7, similar to LNWR Diagram 2 low-sided wagons but with drop sides, and carried three NG wagons transversely. Fifty were built, in 1885. The casting with two ears at the centre of the solebars of the NG wagons is part of the arrangement for securing them in position on the host wagons.