From Festipedia, hosted by the FR Heritage Group
(Redirected from B Waggons)
Jump to navigation Jump to search

B Wagons - The first batch of these high-sided wagons (South African Railways type B) were delivered to the WHR filled with track fittings from the lifted Umzinto-Donnybrook line of the South African Railways, and were then in a "natural rust" livery. In 2002 a programme was started to give them mechanical attention and fresh coats of paint. Some were ready for use on mixed trains at the September 2002 Superpower Weekend, and work continued subsequently to provide a smart rake of wagons which will be used on Driver Experience trains. The work has been done by volunteers from North Wales and the WHRS West Midlands Group.

Two "unimproved" B wagons were moved to the FR in early 2006, to be used as loco coal wagons in the FR's programme to convert some locos back to coal firing. One was transferred, by road, on February 4th 2006, and was in use as a coal wagon by April 2006. The second wagon was transfered, by road, on April 22nd. [1]

Subsequently in 2004, 2 wagons, formerly B1848, and B1899, have been converted for carrying bicycles and buggies. They have been renumbered 2202 and 2201 respectively, officially at least, but photos show them after conversion with their original numbers. Since 2011 the Service Cars have accommodated cycles and the Bike Wagons have not normally been used as such.

Six additional B type wagons arrived on the Railway from South Africa in January 2013, funded by a generous supporter. These were fully renovated by the Sandstone Heritage Trust before delivery and only required FR-type couplers before going into service. They are Nos. 921, 922, 1125, 1146, 1680, 2436. 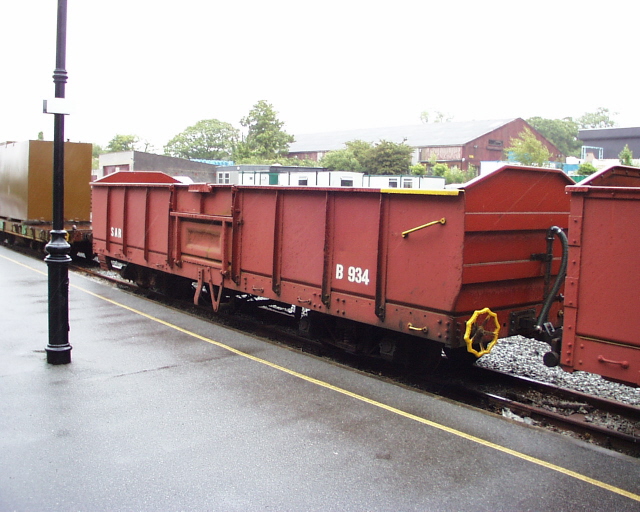 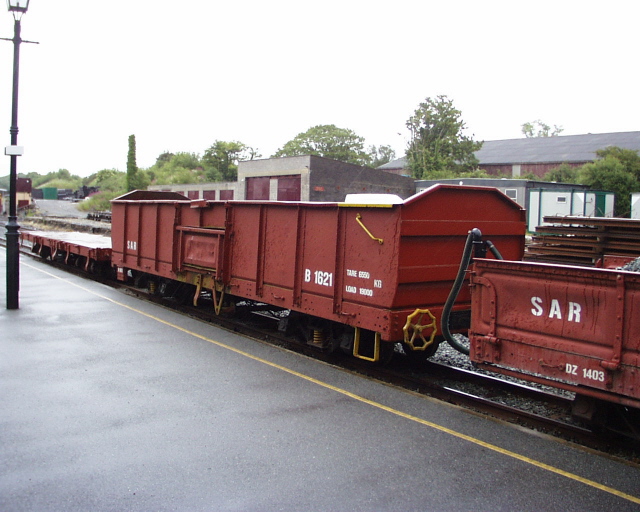 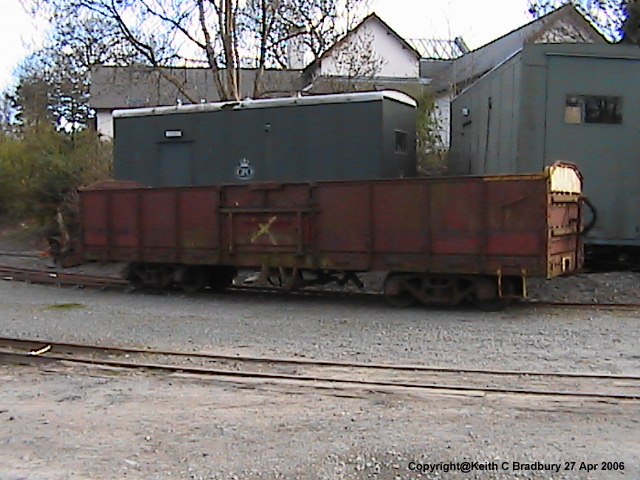 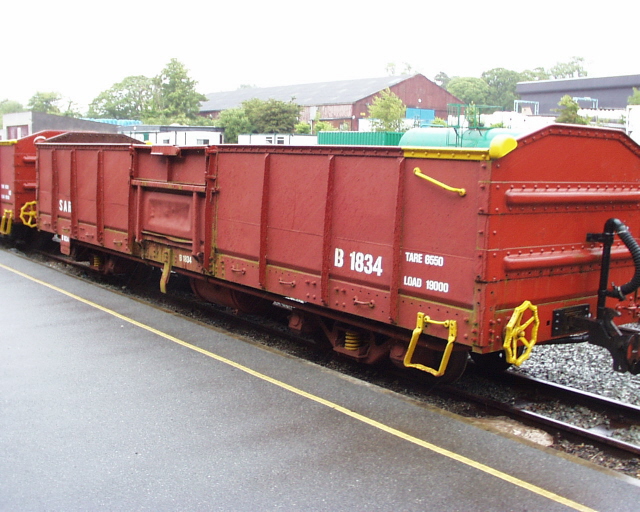 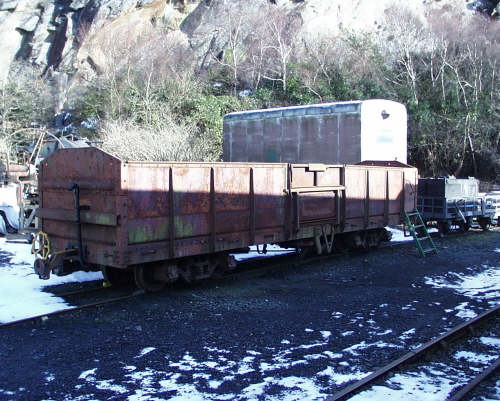 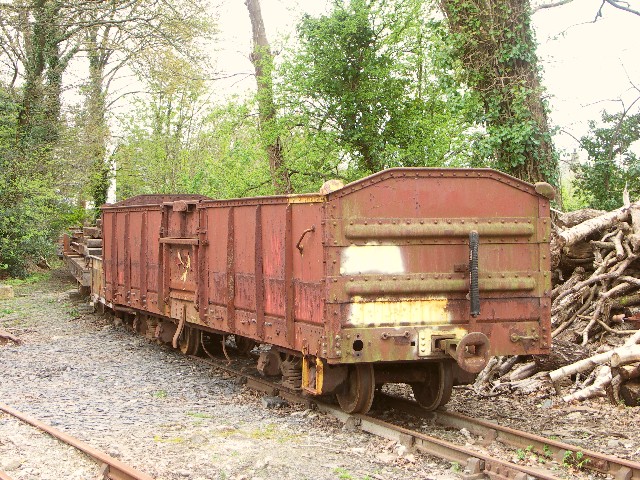 The other B wagon Minffordd Yard 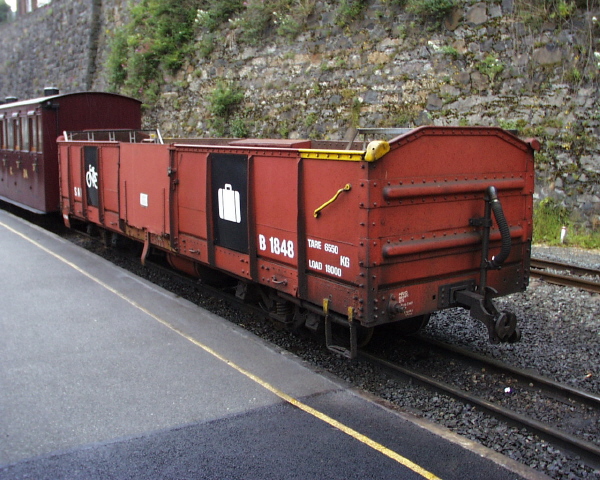 At Caernarfon as Bicycle wagon in a service train, and renumbered 2202 (officially) 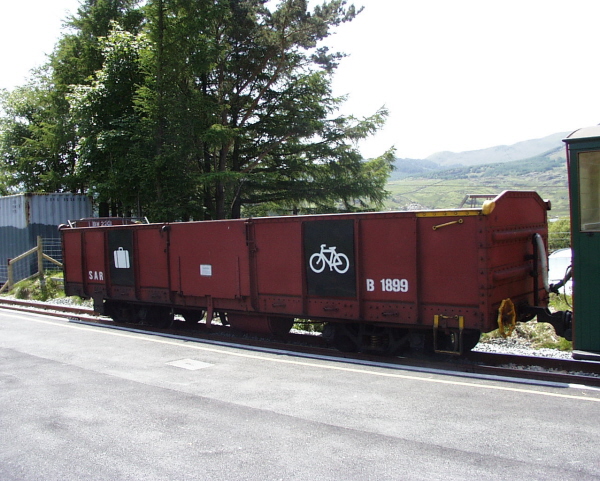 At Rhyd-Ddu as Bicycle wagon in a service train, and renumbered 2201 (officially) 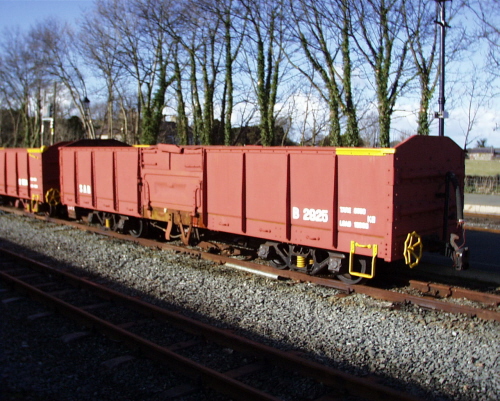