From Festipedia, hosted by the FR Heritage Group
(Redirected from Flat Waggons)
Jump to navigation Jump to search

The F&WHR has a number of flat wagons converted from former South African Railways DZ dropsides by removal of sides and ends. Since arriving at the F&WHR a number have been adapted or rebuilt for other purposes.

Two have been converted into a rail-carrying bolster set, described here, another was used as a Tool Van, described here, some have been re-fitted with sides and drop ends for use in the mechanized ballast train, and one has been converted to a water tanker. The remaining ones are used as flats or are awaiting overhaul to be fit for service. They vary as to whether they retain fittings such as door hinges, steps and door stops. There appear to be at least two different types of door hinge. 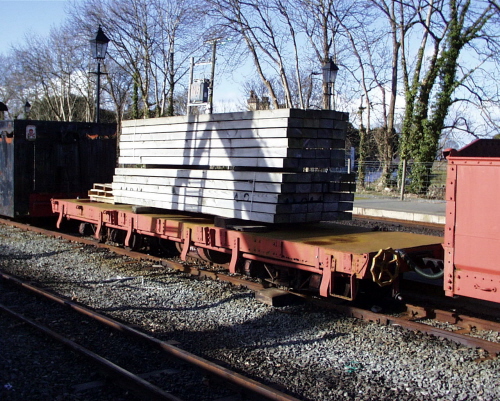 Fitted with sides and drop ends for the ballast train 2015. 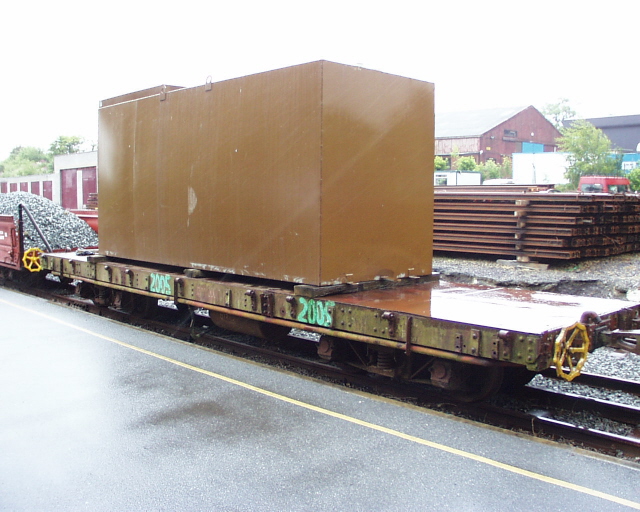 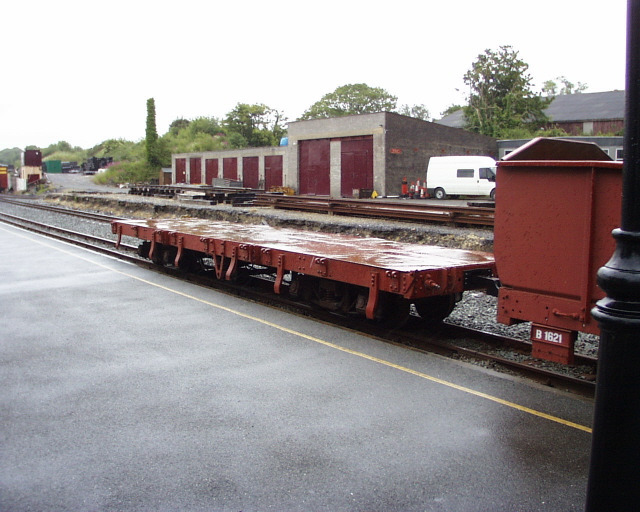 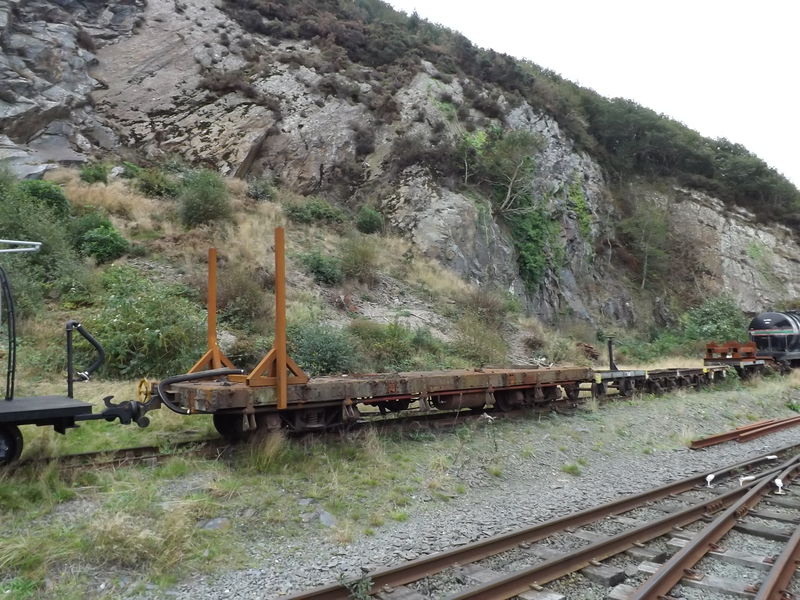 Another unidentified DZ flat, out of use at Glan-y-mor Oct 2013.