This Service Car for the WHR contains a buffet, toilet and Guards Van, as well as a generator to power the catering equipment in the buffet, but no passenger accommodation.

Originally this was planned as a sister vehicle to 2090. The design changed before construction commenced, and a new number 2010 was allocated.

Unlike the previous saloons this runs on roller bearing bogies acquired from Romania rather than the plain bearing SAR bogies used to date. The bogies (regauged from 760mm gauge) were supplied by CFI of Brad, Romania, and arrived at Minffordd in July 2007. One pair was fitted under the Pullman Carriage 2115 as a trial towards the end of the same year.

The welded chassis and body frame was manufactured by a firm with a fabrication workshop near Caernarfon. The frame was delivered to Minffordd Yard on January 17th 2008, and towed to Boston Lodge for completion.

On Wednesday, August 27th it made an appearance nearly completed at Harbour Station for clearance testing against the platform canopy and the other tracks. There were a number of outstanding jobs that needed to be undertaken at Boston Lodge which meant that it was not ready in time for the WHR's Garratt 50 Gala on September 6th/7th (for which it had been included in the carriage set plans) and so was replaced at the Gala by Van 2 and Carriage 20. It was thought that the carriage would have been one of the first to be delivered to Dinas by rail via the CTRL, however instead it was delivered by road on 8th September for commissioning. 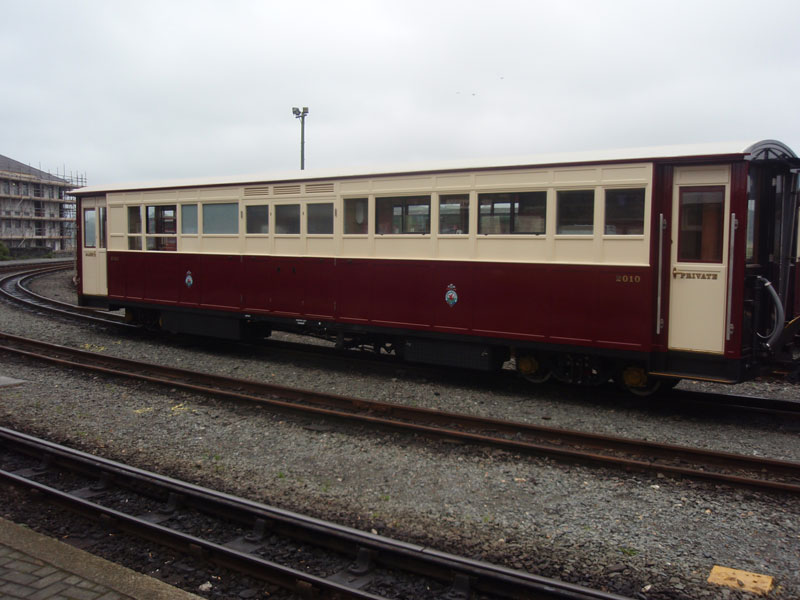 The generator was replaced with a slightly larger unit in 2016. 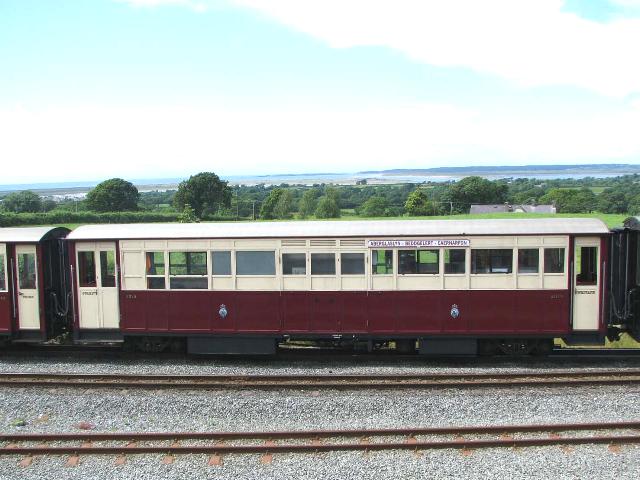