Carriage 108 is an all third saloon carriage in the Super Barn series.

This is another new carriage to the successful design of Carriage 103. It is the third of the Super Barns. New bogies and chassis were complete by November 2011 and it was awaiting workshop space for body construction.[1] It was in the workshop and erection of the body was well under way in December 2012.[2] It was funded by the Ffestiniog Railway Trust. This carriage is slightly wider than the previous two carriages to allow the WHR buffet trolley to access it.

The carriage entered service on July 13th 2013, initially in F-set which formed the 1050 departure from Porthmadog to Caernarfon. It ran as part of F-Set until the end of the 2013 Daily Service, when it was reformed into A-Set for the few services running on the FR during Winter 2013-2014. 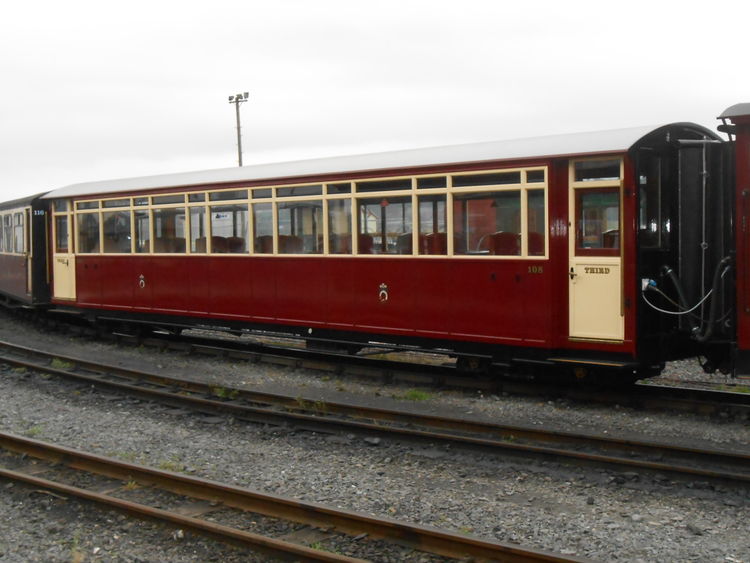