Steelwork for 2044 arrived at Boston Lodge at end of June 2006. Construction started on 18/09/06 and 3 weeks later the underframe was noted as being at an advanced stage.

2043 contains 34 standard 3rd class seats, plus an additional "origami seat" which can fold away for wheelchairs. It is of the longer 13m length used for Pullman coach Bodysgallen 2115. The extra length is used to provide double doors (as per 2090) at one end, to provide easy access for wheelchairs and pushchairs. 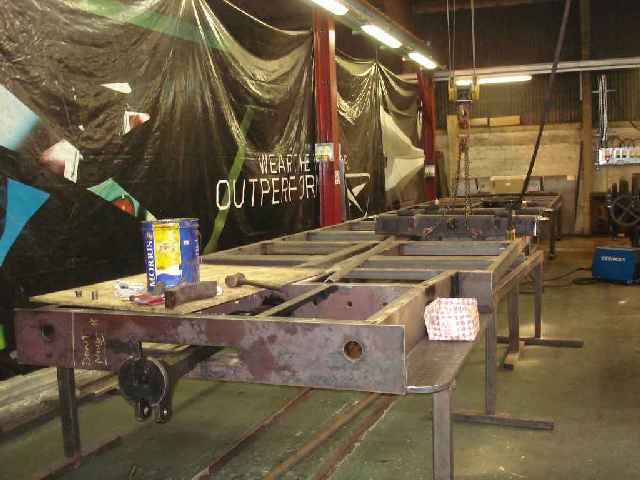 The underframe of Carriage 2044 takes shape in the errecting shop. 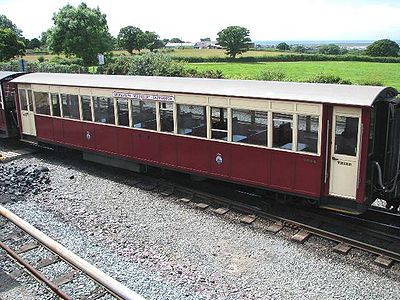 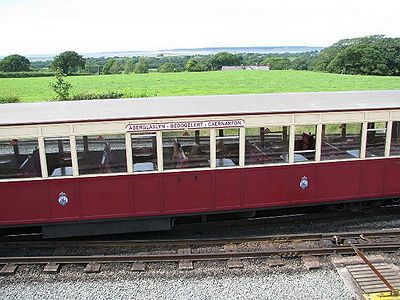 Close up of Carriage 2044 board