WHRL Coach No. 10 is a preserved NWNGR carriage. Originally numbered 10 it became Carriage 23 in the combined FR/WHR numbering system. After preservation on the WHHR it reverted to its original number.

The Buffet car was on of two carriages were built by the Ashbury Carriage and Iron Company. in 1893 at their Openshaw works near Manchester (although Openshaw is about 2 miles from the city centre, it only officially became part of Manchester in 1890) and were delivered as a pair. They were ordered for the North Wales Narrow Gauge Railways (N.W.N.G.R) which later became the Welsh Highland Railway. They were identical in every way except for the ‘grab handles’ which are mounted next to each door to aid access from platform level up into the carriage; we do not know why they differed in this detail alone as they were ordered as an identical pair. It is possible that No.9’s ‘grab handles’ went missing in transit when all exterior fittings were (most likely) removed to avoid damage or theft. The Railway Company would then have probably sourced replacements locally, rather than wait for new ones to be sent from Manchester. This would then explain why they were made of iron as opposed to the brass handles of No.10.

The carriages were widely regarded as the nicest looking on the railway, due to their neat proportions and tidy finishing. They had wooden bodies of oak and teak construction with oak beams forming the chassis that the bogies, couplings, and brake gear were supported from. They now have steel underframes so that they conform to modern safety standards.

When the WHR was requisitioned for the war effort in 1941, the buffet car was sold for use as a summer house at Waenfawr by demolition contractor George Cohen. It was towed on two solid-tyred bogies by a traction engine from Dinas, the journey taking a whole day. The carriage was cut in half after it was finally delivered to the field. It was donated to the WHR Ltd and transported to Gelert's Farm in 1987. Remarkably, the original bogies survived although a major rebuild on a new steel underframe was required.

The new steel underframe was delivered in 2005, and the restoration of the buffet car was completed in 2009; it was restored to its cut down WHR dimensions. The carriage entered service on May 2nd 2009 during the May Gala.

There was some discussion as to the number it would carry, and its reporting number.

The new carriage had been allocated its former WHR number, 23, but unfortunately the former WHR Summer Coach 24 was long ago renumbered 23 by the FR and a new replica Summer Coach has been constructed with the number 24. How this numerical impasse will be resolved remains to be seen. One option would be to recognise the priority of the Buffet Car as 23, renumber Summer Coach 23 to its former WHR number 24, and renumber the replica Summer Coach 24 as 27 or 28, the numbers of now scrapped open vehicles of this type. More likely is that there is no problem to be resolved as there are already a number of vehicles with overlapping numbers.

The seating was all Third Class, each carriage having seating for up to 38 passengers. Access was provided by means of a door at each corner, inset from the ends, allowing room for wooden ‘bench’ seats across the full width of the carriage at each end, providing seating for up to four passengers each. The remaining seats were a similar wooden ‘bench’ style, also running across the width of the carriage. However, they were configured in a back-to-back fashion so that each row had seats facing each other with part of the next row and the previous row stemming from those seats supported by a symmetrical woodwork pattern forming the supports for the seats in both directions. Also, the seats did not run across the entire width of the carriage and instead had a two person on one side with a single seat on the other. This arrangement formed an aisle along the length of the carriage, off-set to one side, allowing a person to enter a door at one end, walk all the way through, and exit a door at the opposite end whilst also gaining access to the seating in the middle. This is why they came to be referred to as the ‘corridor’ carriages even though there were no corridor connections or side corridors - such as are commonly seen on standard gauge railways. An aisle is not exactly a corridor but it serves a similar purpose here.

Each door was fitted with a ‘drop-light’ - windows operable by means of a leather strap and a simple mechanism. However, the remaining 10 windows could not be opened and, instead, ventilation was provided by louvres running the entire length of the carriage along each side, just above the windows. Our replica of No.9 does have ‘drop-lights’ in some of the middle windows which we added so the carriage could be more quickly and easily aired out. These are also present in the Buffet Car because it was modified later in its life, as will be explained below. They also have an unusual feature in that the top few inches of the seat backs, which rise above the window sills, are not lined up with the window frames. This looks quite odd from the outside, as if the seats are in the wrong place; however, they are still symmetrical. The middle seat back does line up with the window frame at the centre of the carriage, the seats are equally spaced, as are the windows, but there are more windows than there are rows of seats.

Adapted from a page at the WHHR site. 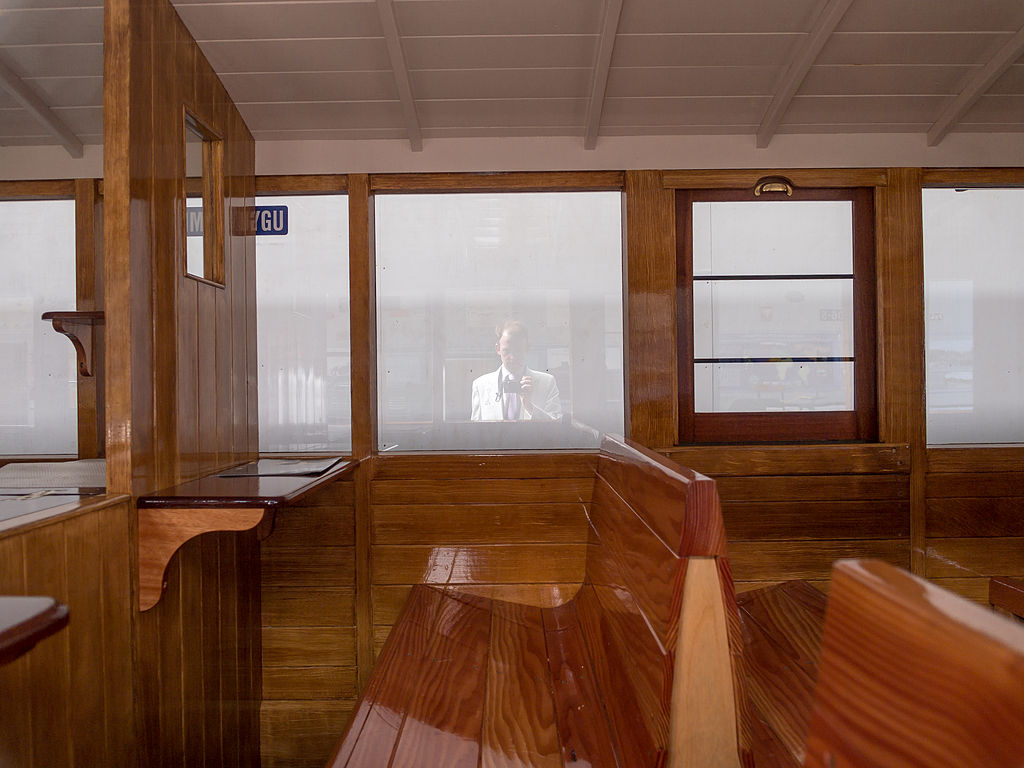