This is the third Van 1 of the preservation era, details of the first one can be found here and the second one here. 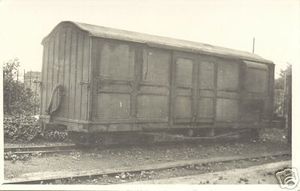 This vehicle was built in 2004 and is a replica of an 1873 Brown Marshall & Co. bogie van, familiarly known as the curly roofed van. It was paid for by a generous sponsor. As a practical detail while working this vehicle, it is convenient for a guard to look forward along the train over the concave section of the roof without putting his head above the roof line. In earlier days this would have been a life-saver, but nowadays the loading gauge has been extended from 8ft 6ins high to 9ft 8ins, so the same consideration no longer applies.

The Festiniog Railway bought the bodies for three bogie luggage vans from Brown, Marshall & Co. - two in 1873 and the third in 1876, and added the bogies and brakegear at Boston Lodge works following delivery. They each contained a guard's compartment, a large luggage compartment accessed externally by sliding doors or internally from the guard's compartment, and a small compartment for dogs.

On account of their peculiarly shaped roofs these vans became known to the preservationists as the Curly Roofed Vans, but this term was not used by the old FR Co.

Unfortunately none of these vehicles survives in original form. The original Van 1 was broken up in 1921 and van 3 in 1955.

In the 1990s the decision was made to re-create a Victorian Train. Most of the carriages required for this train had survived in to preservation. However, all the Victorian photographs showed a curly roof van at the rear. The only option was to build one, which was completed at Boston Lodge in 2004 and took on the identity of Van 1. It is built on a steel underframe rather than wood as original. The brass covers over the sliding door are original and may well be from the van scrapped in the 1950s. The interior door is also an original but again exactly which van it came from is not known. Otherwise there is nothing else original. It is principally used in The 1870's Train.

Van 1 also sees use at Christmas time when it is Santa's preferred mode of arrival at Harbour Station when he visits the Ffestiniog Railway for Santa specials. 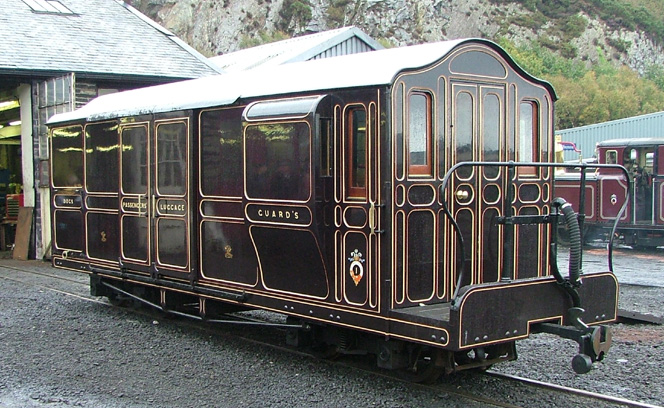 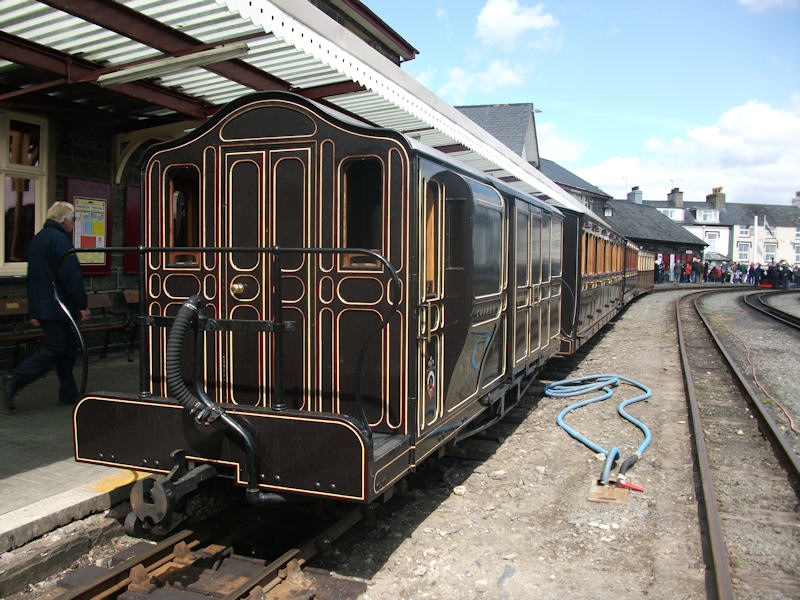 The Curly Roof Van at the Quirks & Curiosities event in 2010