Originally, from 1993, this coach's construction was a private project, during which time it was numbered '4'. The intention had been to rebuild a Royal Navy (RNAD) box van as a four-wheel coach, variously nicknamed "Operating Manager's Observation Saloon" and "The Gin Palace". Suggestions for it included fitting as a brake coach, or specialisation for access by people with disabilities. Sadly, the original project stalled. 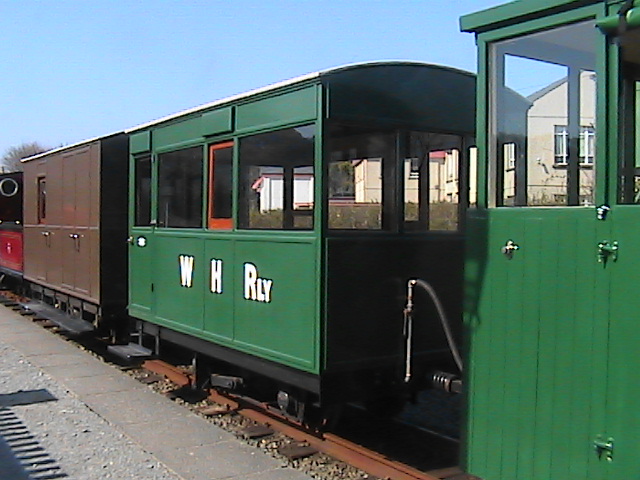 Recently, it was adopted by the WHR Ltd Company to augment its small fleet. After an energetic effort in Spring 2005, the coach was restored to running order. The coach is popular with visitors, especially family groups and in wet weather.