This carriage is known as "Y Cerbyd Eisteddfod" or "Eisteddfod Coach" as it was finished in time for the 1987 National Eisteddfod, which was held in Porthmadog.

It is based on the underframes of two Hudson bogie wagons. The body was designed to be similar in style to the original Welsh Highland Buffet Car, which is also preserved at the WHRL. The coach is a regular sight on WHRL passenger trains at the moment, and has also been used as a restaurant carriage on "wine and dine" trains, when for some years, the coach had tables fitted. When these were removed, the toplight panels were replaced with glass. 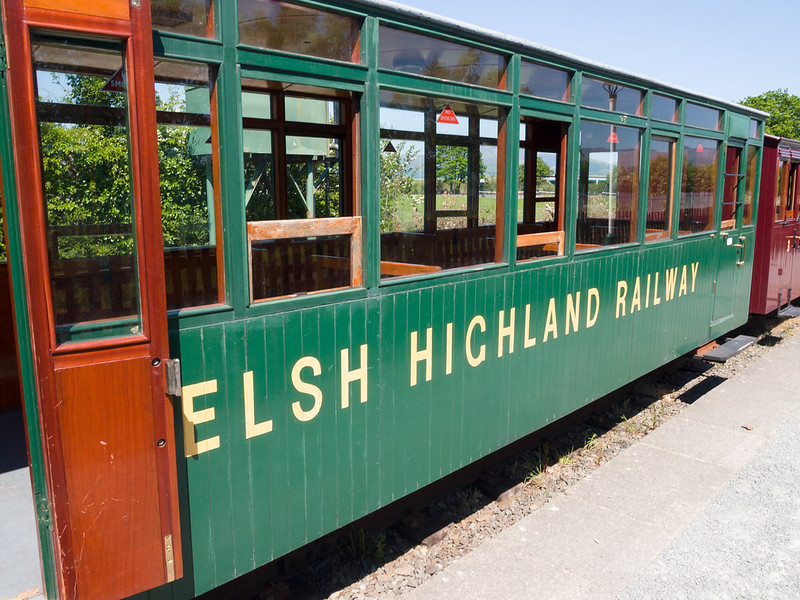